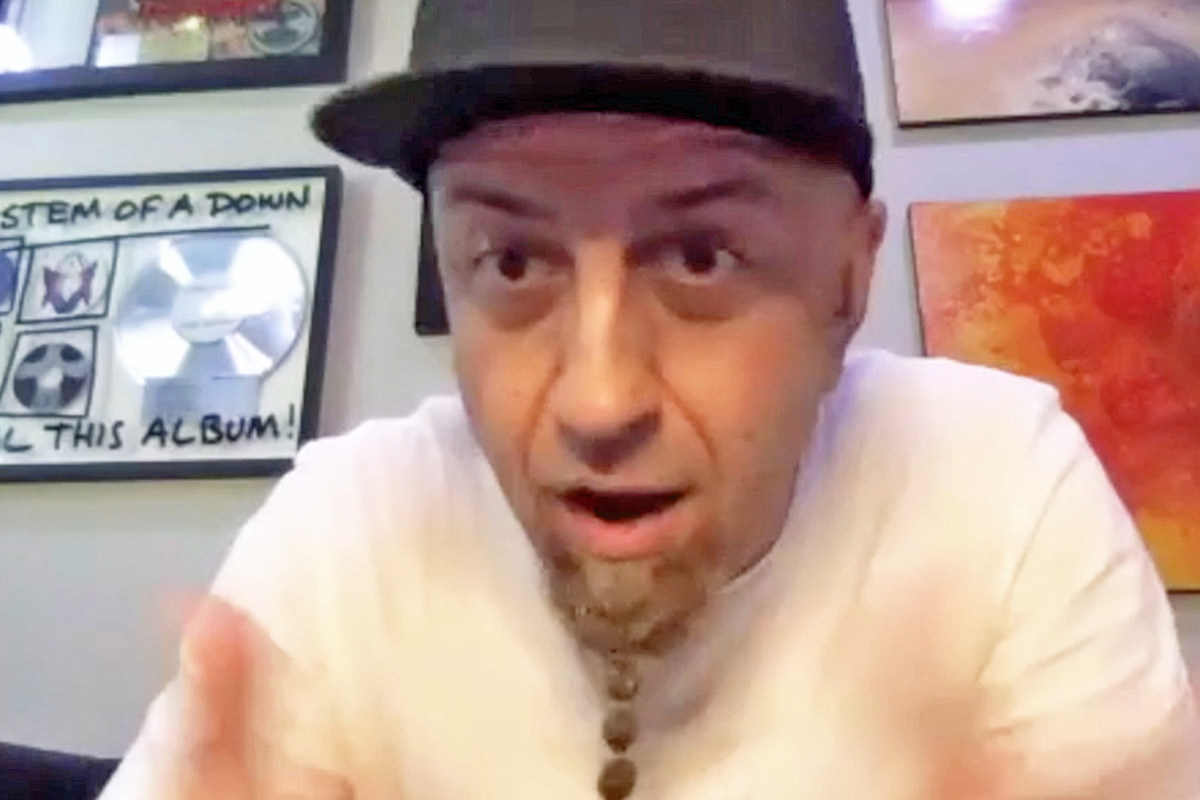 If COVID-19 has proven one thing, it’s that you shouldn’t trust everything you see on the Internet. In that spirit, we hopped on a Zoom call with System of a Down bassist and North Kingsley musician Shavo Odadjian to prove and disprove what’s written about him on Wikipedia.

Shavo tells some incredible stories in this Wikipedia episode, including the time he managed to get into an AC/DC music video shoot featuring Arnold Schwarzenegger. Shavo ended up directly next to Arnold in the “Big Gun” video. “The shot they used, the lights hit me more than they hit him. I was shining. It should have been a crowd and Arnold, but there’s a kid right next to Arnold — me. The next day, I was popular at school.”

The bassist also cleared up some misinformation about the infamous 2001 riot caused by a System show gone awry. Odadjian says it wasn’t police who cancelled the gig, it was the fire marshal, because between 15,000 and 20,000 people (not 7,000-10,000) showed up for a free Toxicity release show. According to Shavo, fallout from the cancelled gig resulted in System’s gear getting stolen and destroyed, with his bass cabinet ending up on the sidewalk on Hollywood and Vine.

Another famous piece of System lore — that “Chop Suey!” was originally called “Self-Righteous Suicide” — turned out to be incorrect. Shavo says the song was simply called “Suicide” and that the band’s record label pushed to change the title since a song called “Suicide” would be difficult to push as a single. Nineteen years later, the “Chop Suey!” video is about to hit one billion views on YouTube.

Watch Shavo Odadjian play ‘Wikipedia: Fact or Fiction?’ in the video below and click here to grab the new North Kingsley EP, Vol. 1.

System of a Down’s Shavo Odadjian – Wikipedia: Fact or Fiction?