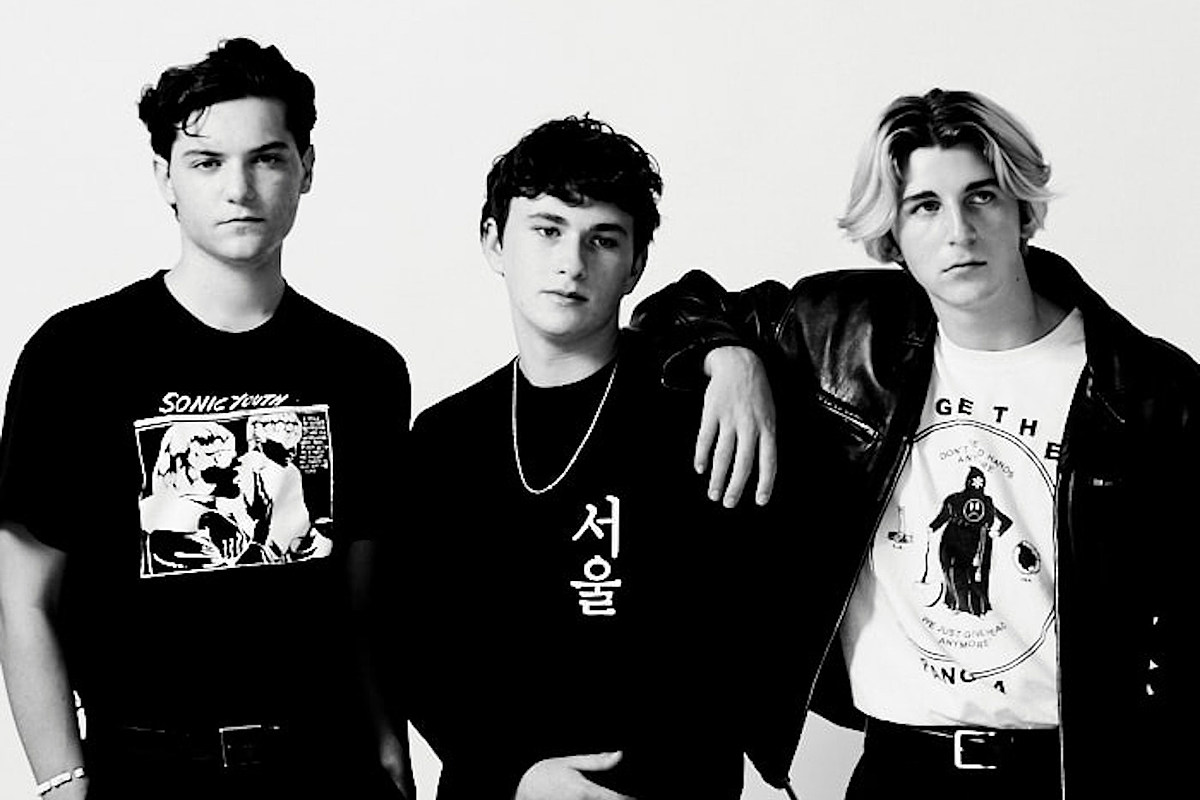 Mess of Wires are barely out of high school, but they are already freshly signed to Roadrunner Records and ready to prove that rock isn’t dead with their classic rock-infused brand of grunge.

The announcement today comes with their debut EP, No Control, and its lead single “Hard To Tell,” which you can hear along with its accompanying music video down below.

We learned that the band formed before its members had even finished middle school, and though they count many classic rock acts among their idols, what they really want is to get more people their age interested in rock music.

“I don’t want to make music just for washed-up, hair metal, Sunset Strip dads,” Sullivan shares. “I hope to excite other people my age that are interested in underground, sweaty, raw rock ‘n’ roll, and where it can go from here.”

Check out the full interview along with “Hard To Tell” and the details of No Control below.

What artists careers inspired you to want to start a band?

Nicholas: It wasn’t actually a band, but my dad made me and my sister watch this Rainn Wilson movie called The Rocker. It’s about a guy that joins his nephew’s band and the video of him drumming naked goes viral, and they blow up overnight and go on tour. It’s a great movie for anyone who is thinking about watching it.

But I saw this and got a guitar the next week. I started lessons after school with a family friend who played, but then we won a free guitar lesson from my school auction at this program called School of Rock. That’s where I met Sam and Jersey.

My favorite band for as long as I can remember is Led Zeppelin. I mean there’s no one better. What they did in their music was so technical and advanced, but so raw at the same time. And Jimmy Page’s riffs are just some of the heaviest ones out there; its hard to think how he came up with them. But when I started writing music I was listening to bands like Pearl Jam, Soundgarden and Alice in Chains.

So I was in this sort of grunge phase, but I still loved classic rock ‘n’ roll, and I think you can hear that in our songs. We have a very unique sound, but it stems from taking inspiration from so many of our idols.

Sullivan: I was a kid when we formed this band, and we all listened to bands together like The Who, Soundgarden and Pink Floyd. Now that we’re older, we’ve all developed our individual tastes, and some of my favorite artists now are people who constantly innovate throughout the broad spectrum of indie music like Ty Segall, A Place To Bury Strangers and Car Seat Headrest.

I’m also inspired by bands and players who continue to push the envelope of what it means to be a bass player, like those who experiment with effects and elements of noise in their playing — like Brian Gibson of Lightning Bolt and Harlan Steed of Show Me the Body. The DIY scene all around LA was my second home, and before Covid, I went out to hear music every chance I got.

Edelman: My biggest inspiration was definitely a combination of old classic bands like Led Zeppelin and Jimi Hendrix Experience, but also newer bands like Royal Blood and Highly Suspect.

How old were you are when the band formed, and what were your goals then?

Nicholas: I was 11 when the band first started. Sam and I met in an after school music program and became good friends. We then started looking for a bassist for our band, which is when we found Jersey. Obviously, we all wanted to grow up to be big rock stars, but I would have never imagined that this weekend garage band would get to where we are now, and I feel so blessed.

Sullivan: I am the youngest member of Mess of Wires, and I was 9 when we formed this band. At that time, our goals were just to have fun making music that we liked together. We would have sleepovers where we would play video games all night and write songs.

Over time, we’ve been influenced by a wide range of sounds from garage rock to post-punk and alternative. Our goal continues to be to create music that captures the excitement of us playing live and writing together.

Though you are quite young, you’ve already played some legendary venues on both coasts and opened for greats such as Guns ’N Roses Steven Adler. Is there a specific moment that felt like a big break for the band?

Nicholas: We have played a lot of fun shows in a lot of legendary venues. Whether it be opening for The Alarm, Missing Persons or Steven Adler, there have been many great ones.

But personally the moment of “holy shit, we might really have something here” was at our EP release. We rented out this underground place in Venice called The Basement. It was really DIY. We brought other bands, we had to pay for the drinks and food, all that stuff.

We had invited all our friends, so we were expecting like 75-80 people to come. But as the night went on, more and more people showed up and we ended up having close to 200 people cramped in this tiny venue. They were moshing and singing the words to our songs and it was just blisteringly loud, and it was really sort of a magic moment of, “Whoa, this is real. All these people are here to see us.”

Sullivan: It was a really nice feeling after we independently released our first EP. We played lots of live shows to packed rooms filled with our friends, which felt incredible. Gaining interest from labels and industry people coming to our shows made us feel like we had something to offer in the landscape of rock music. Eventually signing with Roadrunner was a dream come true, and I’m so unbelievably excited to be in the company of bands like Turnstile and Code Orange.

Edelman: Our big break for me was when we released our EP. I started to realize this was really happening.

Tell us about the inspiration to write the song “Hard to Tell.”

Nicholas: It’s funny actually. I remember I wrote the riff in “Hard to Tell” at 3AM in my back house after I had a shitty day. I was just messing around with reverb and delay and I played the riff, but it was so much slower.

I brought it to Sam and Jersey in rehearsal and they said it was putting them to sleep, so I sped it up and it turned out really cool. Then it was really fast after that. I think we finished the song that same day. After that I just went home and wrote the lyrics.

The song is really just about how some of the people you are closest to and have known for the longest time change and knowing you are not being able to do anything about it. That feeling sucks and it’s heartbreaking, and I think it’s something everyone has gone through at some point in their life.

Sullivan: Niko wrote most of that song.  But in general, our process is that one of us comes into rehearsal with a blueprint for a song already fleshed out, or one of us just starts playing something and we go from there. We’ve been playing together for such a long time that writing feels like a very natural and collaborative process.

What do you hope to bring to the rock genre?

Nicholas: I want us to be proof that rock ‘n’ roll is not dead and is on a comeback. The fact that us — 16 and 17 year olds — are playing rock ‘n’ roll music is proof in itself. And there are so many good bands out there right now like Highly Suspect, Kaleo, Cleopatrick, even the Struts, that are doing really well.

I want to introduce rock music to kids our age and show them just how amazing it is, and let us be the bridge to finding the bands we love like Zeppelin and Soundgarden. We just want to be a band that people can relate to and share our love for music.

Sullivan: I want to create music that honors our predecessors like Sonic Youth and Queens of the Stone Age,  but still keeps a strong sense of youth and forward-thinking energy. I don’t want to make music just for washed-up, hair metal, Sunset Strip dads; I hope to excite other people my age that are interested in underground, sweaty, raw rock ‘n’ roll, and where it can go from here.

Edelman: I hope to bring rock back to the center of attention in music. I grew up with rock, and I hope others can feel what rock brings to music.

Thank you to Mess of Wires for the interview. Their debut ‘No Control’ EP is available to stream and download here.

The 10 Most Influential Grunge Icons of All Time