How do you describe your sound, music philosophy and songbook? Where does your creative drive come from?

I think I am a sum of the parts, so to speak. My initial influences as a drummer were really Led Zeppelin and Jimi Hendrix before I switched to guitar and dove in to the blues greats like B.B. King, T-Bone Walker, Albert King, Howlin’ Wolf, Hubert Sumlin, and then to the following generation like Kim Wilson and Jimmie Vaughan of the Fabulous Thunderbirds, Anson Funderburgh, Little Charlie Baty, Junior Watson, Kid Ramos, etc. There are bits of all of these guys, from Chicago to Texas and West Coast to pushing the boundaries of rock-blues. I like to bounce around from super traditional to more of a free-form, jam-band style, to keep things interesting for the musicians on stage and the audience alike.

Creatively, when it comes to songwriting, I usually write from my own experiences, but sometimes enjoy taking someone else’s story or perspective and working from there. When it comes to playing music, it’s about staying fresh and constantly bringing new songs and ideas into the setlist.

Are there any memories from new alum “Sonic Departures” studio sessions which you’d like to share with us?

There are so many! This album literally has more instruments playing at one time than anything I’ve ever recorded thanks to the 17 piece big band including 13 horn players. What a sound! Working with Eric Eggleston to create loops from existing parts… pieces of horn lines, drum parts, bass lines, and creating what could almost be considered a song within a song as the intros to Blue Jean Jacket and Snatchin’ It Back.

For the tune Drownin’ On Dry Land, so I just said to the horn section “whoever wants to solo, let’s just all solo together and see what happens”. When you’re playing with pros like that, everyone knows that the most important part is listening. You’ll hear me playing guitar lines that are similar to what a trumpet played right before me, and you’ll hear the horns working off each other, and how it becomes a sort of organized chaos. Every time I listen to the ending solo section of that tune, I hear something new which is special to me. That was recorded in the first and only take because if we rehearsed it… if we had time to think about what we might play, it would take all the magic out of it. What you’re hearing there is a seriously inspired performance, and it just doesn’t get any cooler than that in my books!

Finally, having my wife Brit sing on the record, and sampling my then 15-month old daughters voice was really special and wouldn’t have been possible if it weren’t for recording from home during COVID lockdown.

Blues has always evolved, and it continues to. I am not sure that I miss anything, but rather celebrate the amazing recordings that the legends left for us, and be part of the movement to keep the music alive and introducing blues to younger audiences.

What would you say characterizes Canadian blues scene in comparison to other European and US scenes?

I have been very fortunate to tour all over the world, and the international blues community is an incredible force. We are all linked by the love of the same music, and there are blues societies in every corner of our great country as well as across Europe and in the US where it all comes from. Instead of comparing them, I think of them as all being part of the same team. “It takes a village” as they say!

What touched (emotionally) you from Buddy Guy, George Thorogood and Chuck Leavell?

It’s the little things that mean the most to me. Being on stage with Buddy Guy when he says “I hear you”. That doesn’t mean he CAN hear me, it means he hears that I am playing the right riff, an appropriate riff, a riff that shows the influence from the greats, at the right time. Or just hanging with him at Legend’s in Chicago, sitting at the bar talking about our mutual hero, B.B. King. Touring with Thorogood was incredible! We didn’t hang much because there were some tight schedules, but he was very kind to us, and we were thankful to be invited to join him on tour. I met Chuck Leavell backstage at a Rolling Stones concert in Quebec City, and we exchanged contact info. He’s been an incredible supporter since then, and what I love about him is that he always takes the time. He’s never missed replying to a message, and is one of the sweetest guys in the business. I hope to work with him on a live show or recording someday, but he’s a busy guy with his solo career, being a tree farmer and conservationist, and a gig he’s had for many years… being on-call with that little blues band from England!

It’s a slow climb, but it’s worth it. The most important moments to musicians and artists are always deeply entrenched in the music and art. Those are the times that our hearts are bursting and we feel like we belong, that we are loved. These moments are the core reason why we started this journey in the first place. No one learns their first song on an instrument thinking they’ll win awards or play on big stages. They do it because they are excited about hearing the results. It’s always about the music. It’s also important to pay it forward. I wouldn’t be here today without support of so many people… and I feel that it’s my duty to pass that on as they did for me.

Some musicians and songwriters are deep into the political side of things, and I respect that. I just want to play music, have a good time, and bring joy to the people. Along the way, if I can tell stories that resonate with the listener, that is fantastic.

It’s November 5, 1966, and I am in the audience at the International Club in Chicago to see B.B. King. The live performance that resulted in the album Blues is King, which to me is the most soulful performance by anyone, anywhere, that I’ve ever heard. The chills I experience listening to it would only be amplified to a whole other level. What a feeling that would be, to see the King in his prime! 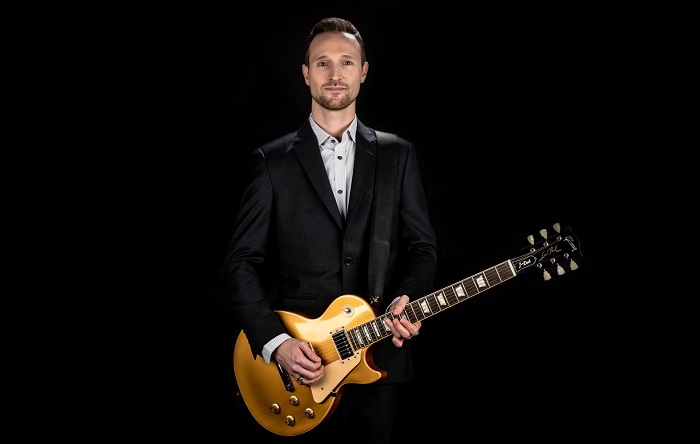 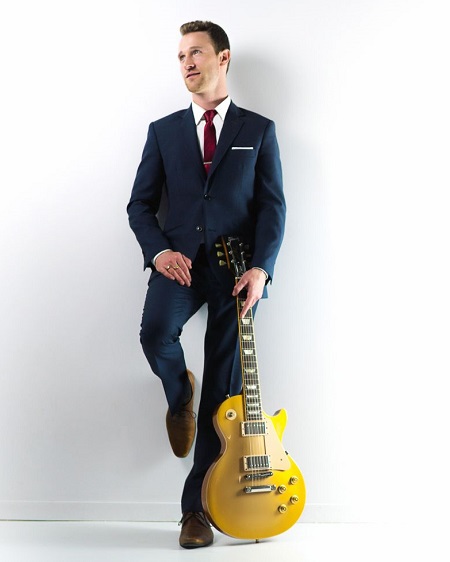