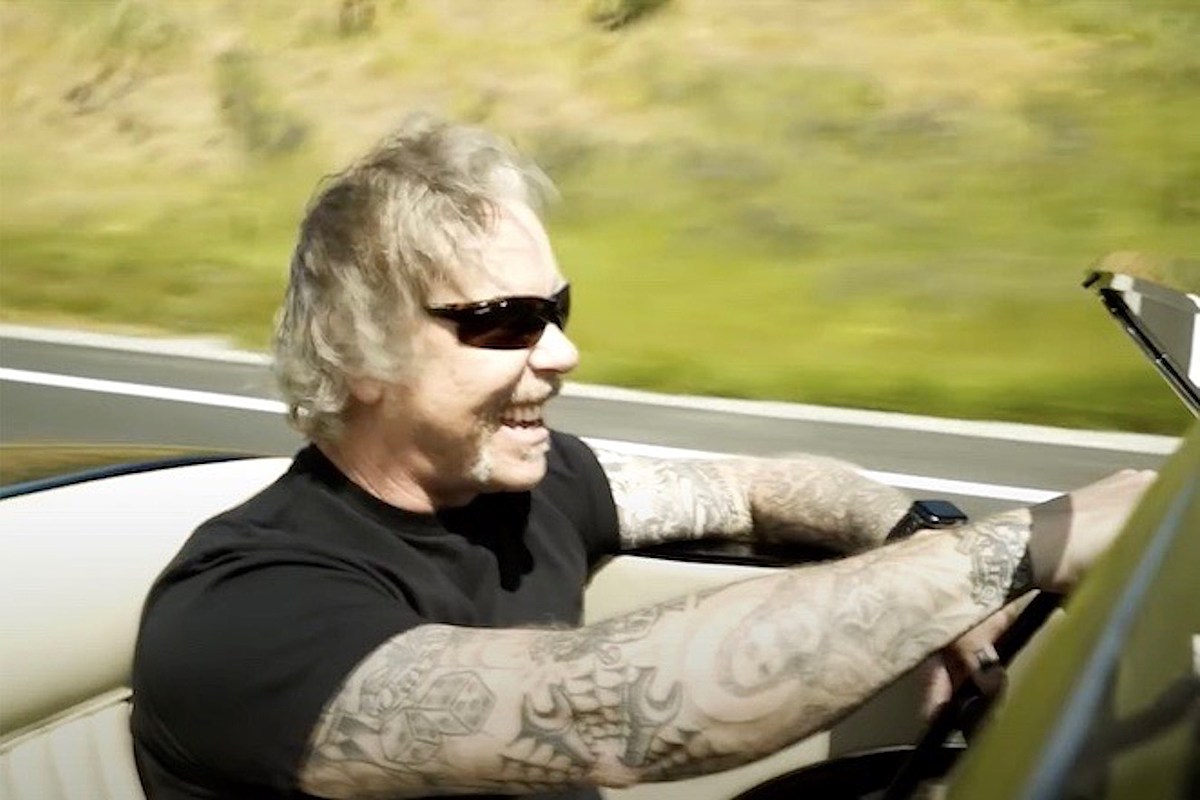 Last year, the musician donated several of his custom cars to the Petersen Automotive Museum in Los Angeles, and was named a “Founding Member” as a result. In January of this year, he made his first public appearance following a stint in rehab at a launch event for the car exhibit. Earlier this month, he announced the release of a coffee table book full of pictures of the collection titled Reclaimed Rust: The Four-Wheeled Creations Of James Hetfield, which will be out July 28.

The Petersen Automotive Museum has now shared a full virtual tour of the exhibit. “Reclaimed Rust to me means that, I think an old guitar is sitting there with songs still in it, waiting for someone to pick it up and breathe life into it again,” Papa Het said in the video. “I’ve done that with many of these cars. I have seen cars sitting in a field in Kansas and thinking, ‘They’ve got a story to tell still. Let’s bring this thing back to life!'”

Watch the two videos below. You can visit the “Reclaimed Rust” exhibit at the Petersen Automotive Museum by purchasing tickets here. 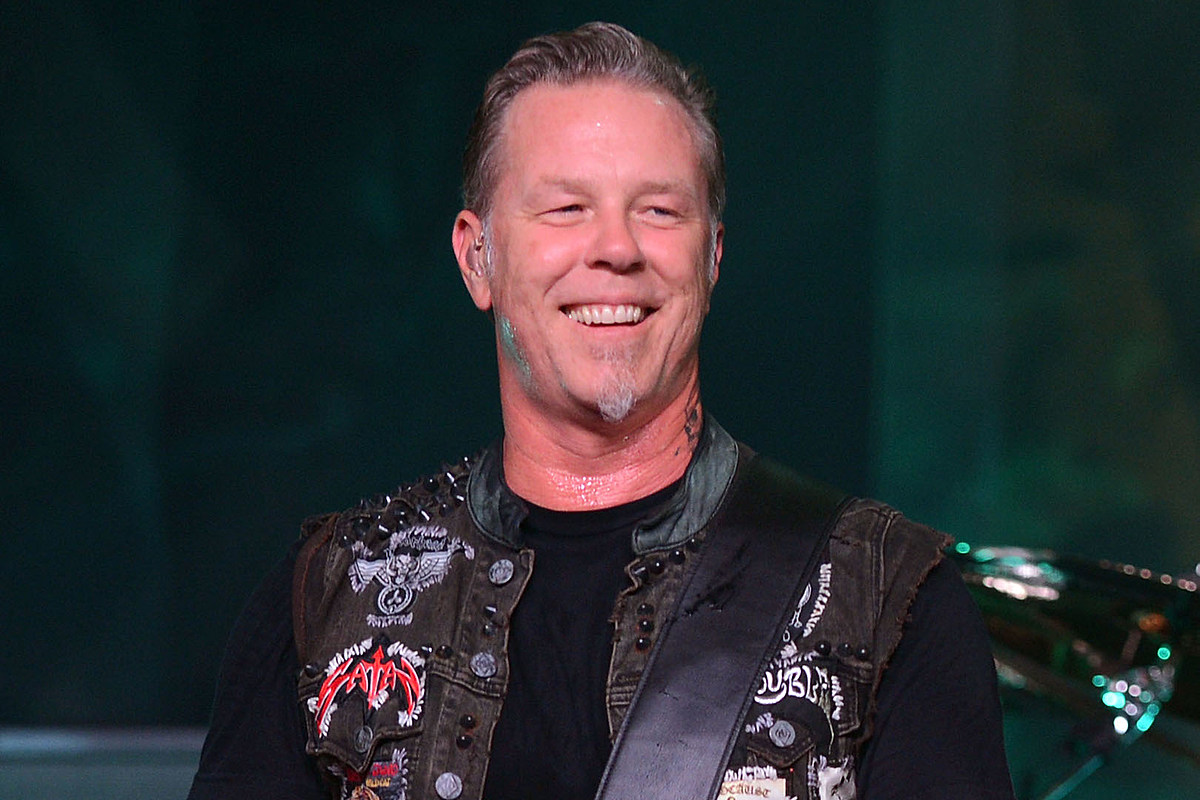 James Hetfield has had quite the quarantine. He put his craftsman skills to the test and made two coffee tables in his garage in Colorado, which are currently being raffled off until the end of the month. His latest feat is a book for those coffee tables called Reclaimed Rust: The Four-Wheeled Creations Of James Hetfield.

“Reclaimed Rust! My art book of cars that over the last few decades I’ve been building and put together,” Papa Het said in an unboxing video on Metallica‘s YouTube channel. The 192-page book will be available July 28, and comes both in a standard edition as well as a limited edition.

The limited edition version box sets are signed and numbered, feature a leather cover and come with a metal car plaque, towel, keychain and lithographs.

Watch the unboxing videos below. Pre-order the limited edition version here, and the regular version, which comes with just the book, at this location.

Metallica: All Their Songs, Ranked 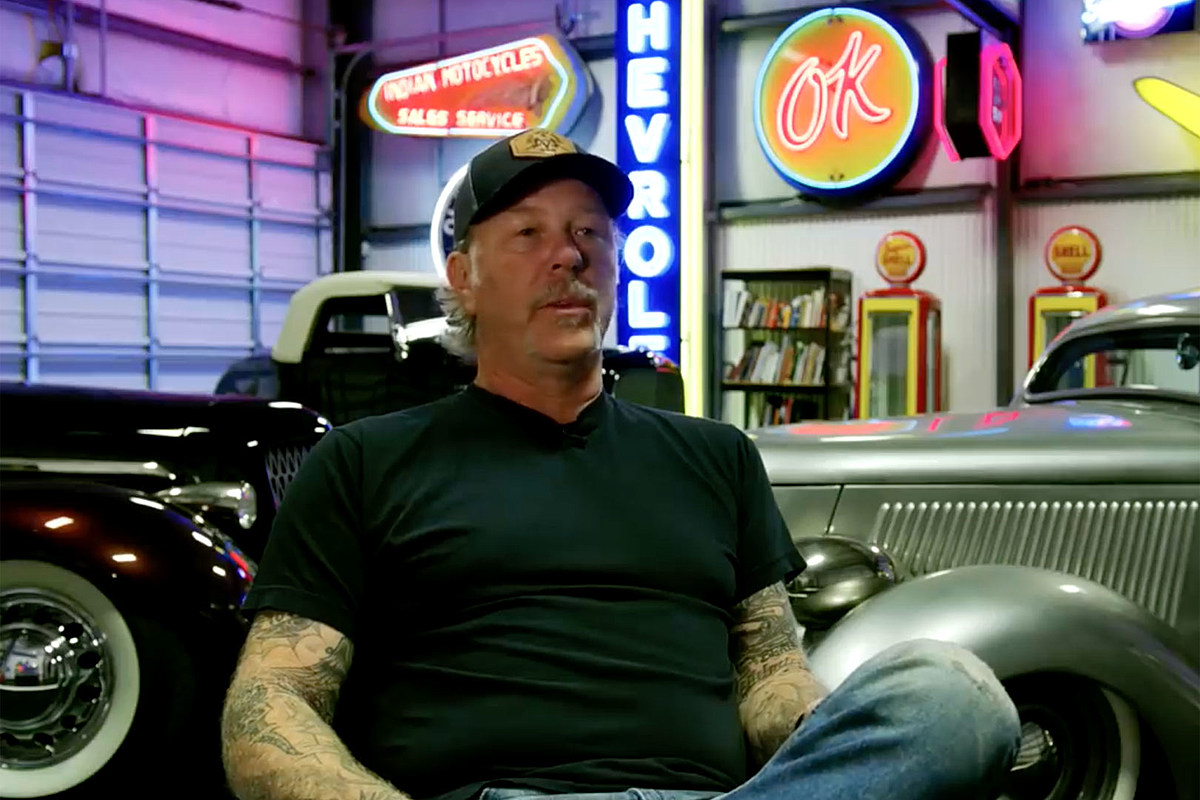 Last year it was announced that Metallica‘s James Hetfield was donating ten of his classic custom cars to the Petersen Automotive Museum in Los Angeles for an exhibition. Now, Hetfield has joined with the Petersen Automotive Museum in providing a teaser video for the recently launched Reclaimed Rust exhibit that showcases a number of the stylish vehicles.

“Reclaimed Rust to me means that you take an old guitar and it’s sitting there with songs still in it, waiting for someone to pick it up and bring life into it. That’s what I love and I’ve done that with many of these cars,” says Hetfield at the top of the video. “I have seen cars sitting in a field in Kansas and thinking they’ve got a story to tell, still, so let’s bring this back to life.”

Hetfield speaks in the video about his love for cars and where it started and how he eventually came to befriend members of a car club. As you can see in the clip, the Metallica frontman has his own garage and has built up some of his vehicles from scratch.