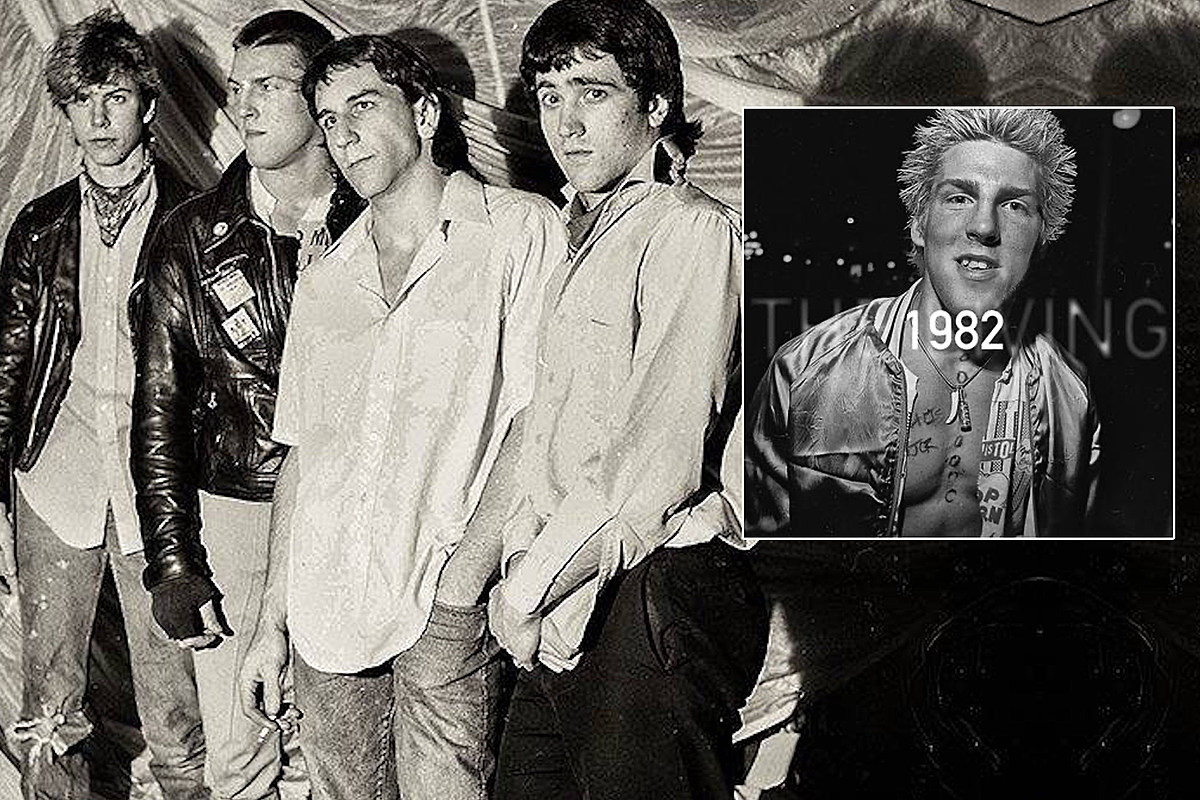 Previously unheard recordings from ’80s Seattle punk band the Living, which included a 17-year-old Duff McKagan, are set for release on a new album.

The Living: 1982 will come out on April 16 and features some of the earliest music recorded by the future Guns N’ Roses bassist.

As with many punk bands from the Pacific Northwest, the Living’s story began in a Seattle basement, where the teenage McKagan, playing guitar at the time, teamed up with bassist Todd Fleischman, singer John Conte and drummer Greg Gilmore. The group opened for various acts, including Canadian punks D.O.A. from just across the border. “D.O.A. was basically like my Kiss,” McKagan said in a statement.

After a few months of successful gigging, they decided to hit the studio to see what would happen. After cutting several songs, the project was abandoned as the band split up. McKagan moved to Los Angeles, where he met Axl Rose and took off on his Guns N’ Roses adventure, while Gilmore stuck closer to Seattle and eventually collaborated with future Pearl Jam guitarist Stone Gossard in the band Mother Love Bone.

Although the tracks featured on The Living: 1982 were wild and exciting, they’d never make it into the hands of any producer or label until now. Uncovered nearly 40 years later by Gilmore, the record features seven original tracks, all written by McKagan.

You can hear the first single from the LP, “Two-Generation Stand,” below.

“The Living was the beginning of all things Seattle for me – a turning point in my life,” Gilmore noted in a press release. “I joined a band and a community. These guys are still my brothers. I’ve cherished these recordings since the days we made them. This record is a fantastic document of a loaded moment. I love it.”

“It doesn’t matter what year this music was recorded, cause it is undeniable,” said Gossard, whose label, Loosegroove, is releasing the set. “But the fact that Duff, Greg, Todd and John created these fully realized songs in 1982 gives credence to the idea that this band, the Living, are ground zero for the Seattle sound.” 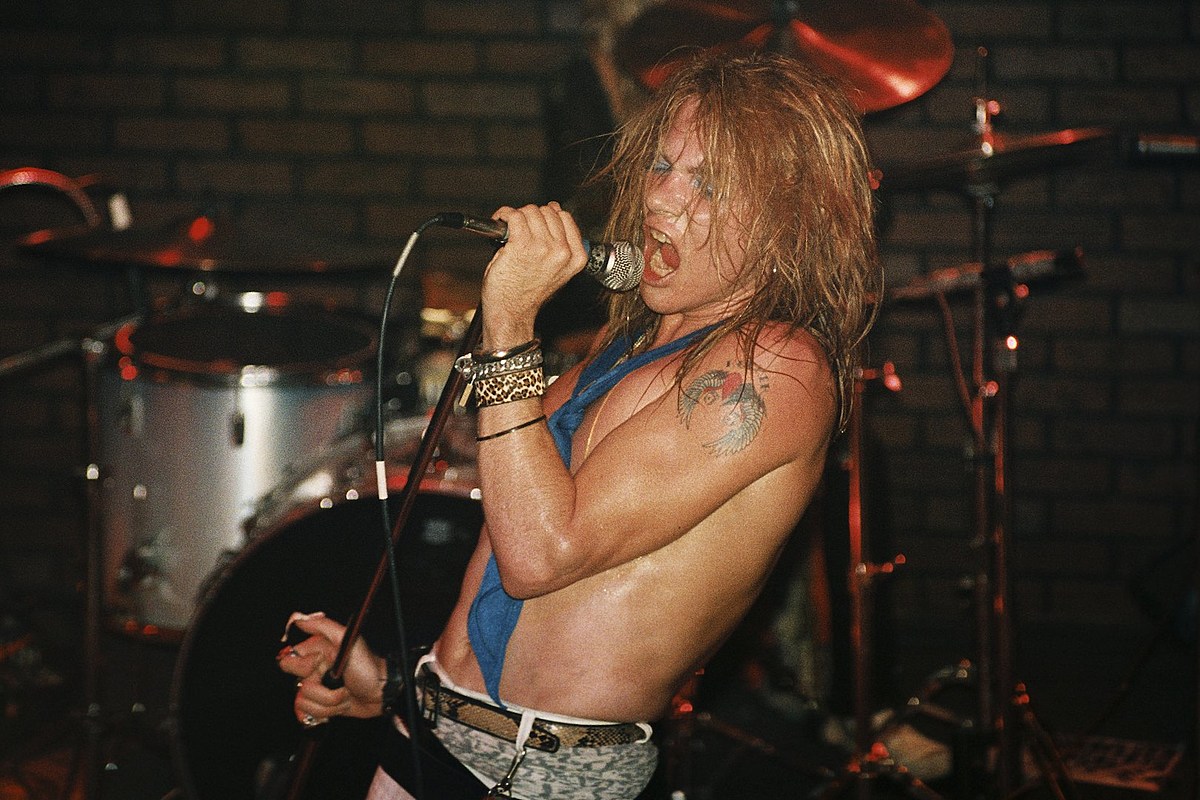 Bailey, like many musicians, had a rather difficult upbringing. His parents split when he was very young, and his biological father molested him before disappearing on the family entirely. Once his mother remarried and had more children, Bailey grew up in a strict religious household. Perhaps the only good that came out of it was that he was given classical piano lessons and sang in the church choir when he was young.

According to Stephen Davis’ Watch You Bleed: The Saga of Guns N’ Roses, Bailey discovered rock and roll one day at school when he heard Led Zeppelin‘s “D’yer Maker,” and he would never be the same. He was banned from listening to anything but classical music at home, which only intensified his rebellious desires as he got older.

As a teenager, “Bill” Bailey was a delinquent. He drank, smoked marijuana, dropped out of school and had frequent run-ins with the police. After several arrests throughout his late-teens, he was threatened to be charged as a repeat offender, so he set off for Los Angeles to pursue the dream of being in a rock band.

Following years of fronting different bands, staying at girlfriends’ apartments and acclimating to the Los Angeles street culture, the future star met up with an old friend from Lafayette, Izzy Stradlin. The two decided to take music seriously and went through a handful of lineup changes in bands. It wasn’t until they settled on Duff McKagan, Saul “Slash” Hudson and Steven Adler that the stale, commercial state of rock music would change for the better.

Bailey eventually changed his name to W. Axl Rose, and has since been known as one of the most legendary, talented and volatile frontmen of all time.

Despite all of the original members leaving by the late ’90s, Rose remained the sole consistent warrior in Guns N’ Roses. With a new lineup, he released Chinese Democracy in 2008, and embarked on several tours in the following years. Eventually, he rekindled his relationship with Slash and McKagan, who ended up returning to the band as permanent members in 2016.

Without Rose’s five-octave, eclectic vocal styles and dominant personality, Guns N’ Roses’ legacy would be much less profound today. Scroll through the gallery below to see photos of the iconic singer throughout the years. 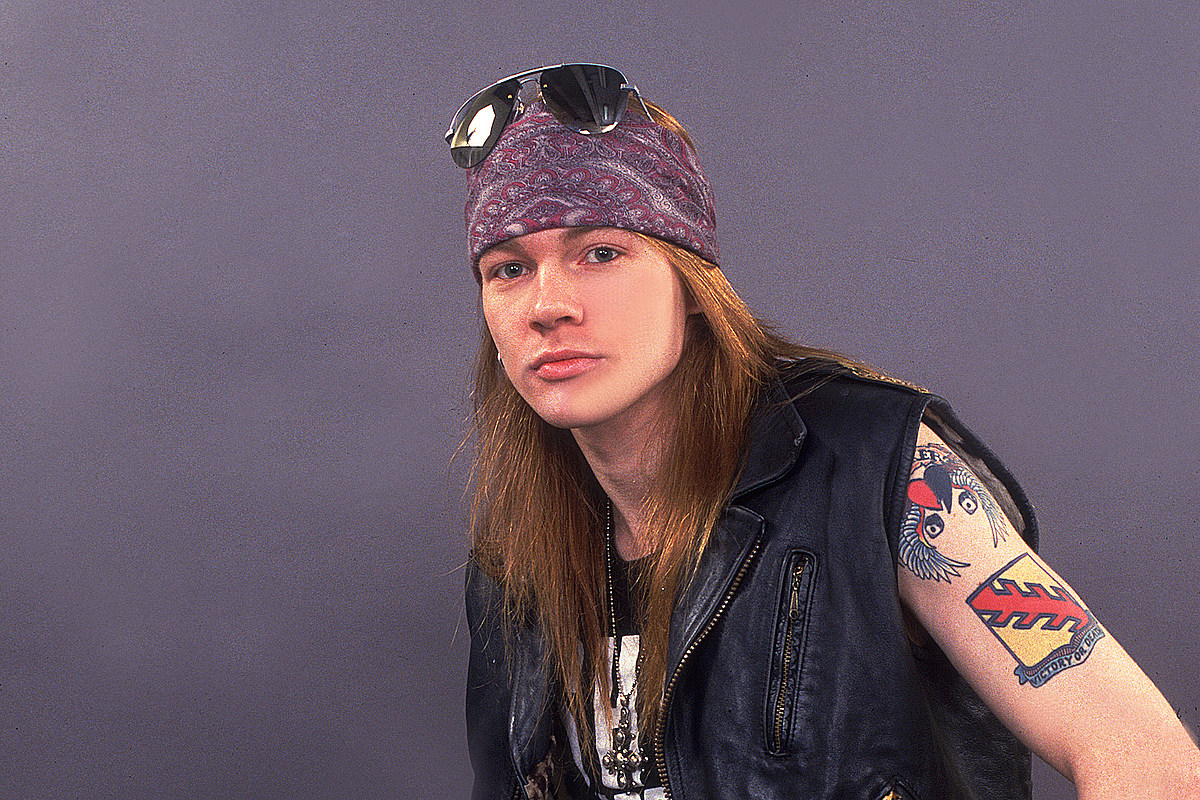 When thinking of nice rock stars, Axl Rose probably doesn’t come to mind for most people. The Guns N’ Roses frontman often gets a bad rap, and we’re not saying whether that’s right or wrong, but he has done some nice things for people that aren’t often acknowledged.

For instance, if you search “nice things Axl Rose has done,” the first article to pop up will be a list that calls him the “biggest douche bag in rock.”

We get it, he was a hotheaded dude back in the day. He threw fits onstage, went on tangents, started a couple of riots, showed up late to shows, got into a lot of fights — the list goes on.

But considering society has rightfully grown much more accepting of mental illness, we can highlight a few reasons as to why the rocker may have acted in certain ways in the past.

Rose’s biological father left when he was very young. He grew up thinking his stepdad, Stephen Bailey, was his real dad until he was 17 when he found papers confirming that his father was actually William Bruce Rose. He later told Rolling Stone that after spending some time in regression therapy, he recalled being kidnapped and sexually abused by his father when he was 2 years old.

He occasionally mentioned having been diagnosed with manic-depression, or bipolar disorder, in interviews throughout the early ’90s, too.

Now, does this justify or excuse any of his actions? Of course not — it wouldn’t for anyone. But it can provide some insight as to why he made certain decisions and was thus painted a certain way by the media for years. 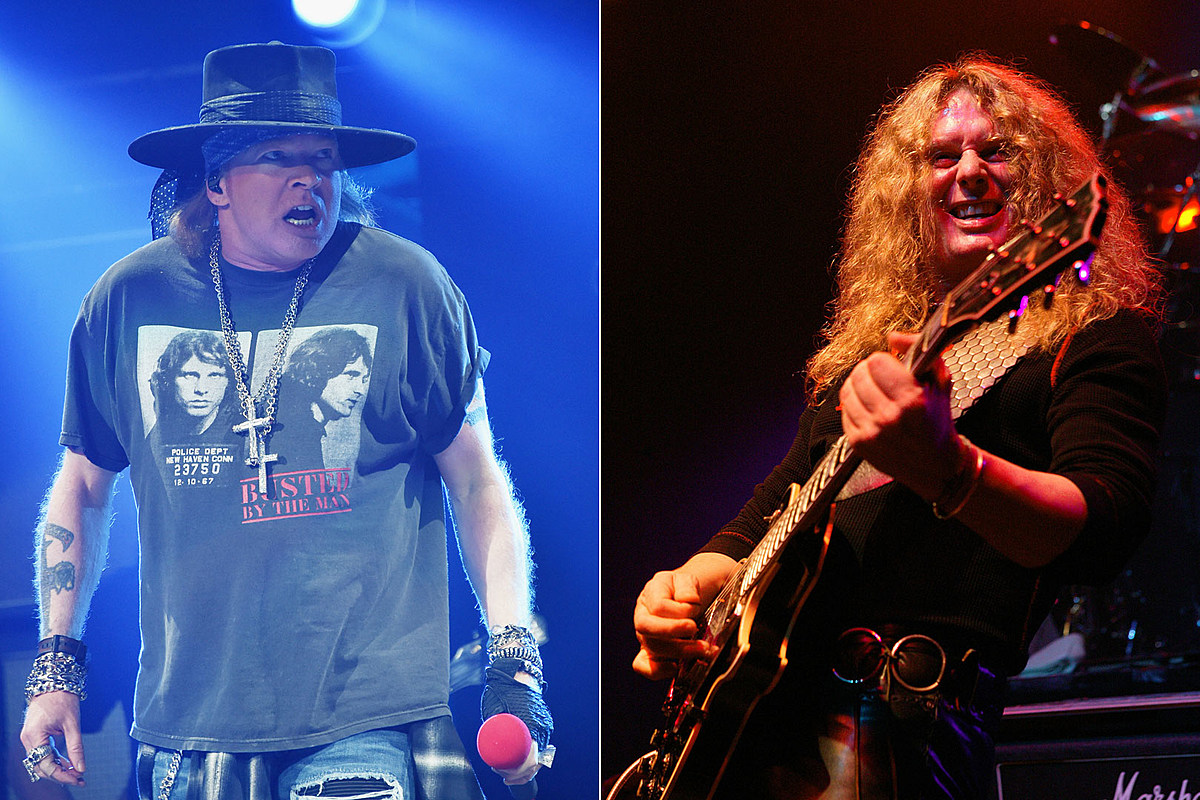 While Guns N’ Roses initial era was legendary, there were some pretty impressive players that played in the group in the period where Axl Rose mostly fielded an entirely new lineup. And there were even some stellar players that auditioned but never ended up in the group. According to Richard Fortus, one of those outstanding players that left an impression but ultimately did not get the gig was Thin Lizzy and Whitesnake‘s John Sykes.

Fortus, who was part of the Chinese Democracy years and has remained part of the group during the “Not in This Lifetime” reunion, told Tone-Talk (seen below) that Sykes came in to see about filling the vacancy that eventually went to DJ Ashba around 2009.

“We auditioned a bunch of people and John Sykes was incredible,” recalled Fortus. The guitarist added, “I remember Tommy Stinson came in, and we walked into rehearsals, and we see John there. Tommy turns around to the tour manager, and he goes, ‘Man, send him home. Why are we doing this? Axl’s not gonna go for this.’ And [the tour manager] is, like, ‘It’s John Sykes, man. He learned the songs. The least you can do is listen to him.’ So Tommy was, like, ‘All right. Fine.’ So we go in the room, and within two minutes, Tommy is looking over at me, like, ‘Oh my God!’ I mean, it was incredible — incredible. And he just plugged straight into the amp, and just killed it. His tone was incredible. Our jaws were on the ground, for sure.”

Sykes split from Thin Lizzy in 2009 and earlier this year the guitarist released “Dawning of a Brand New Day,” which is part of a solo record expected to arrive later this year. Check it out below.