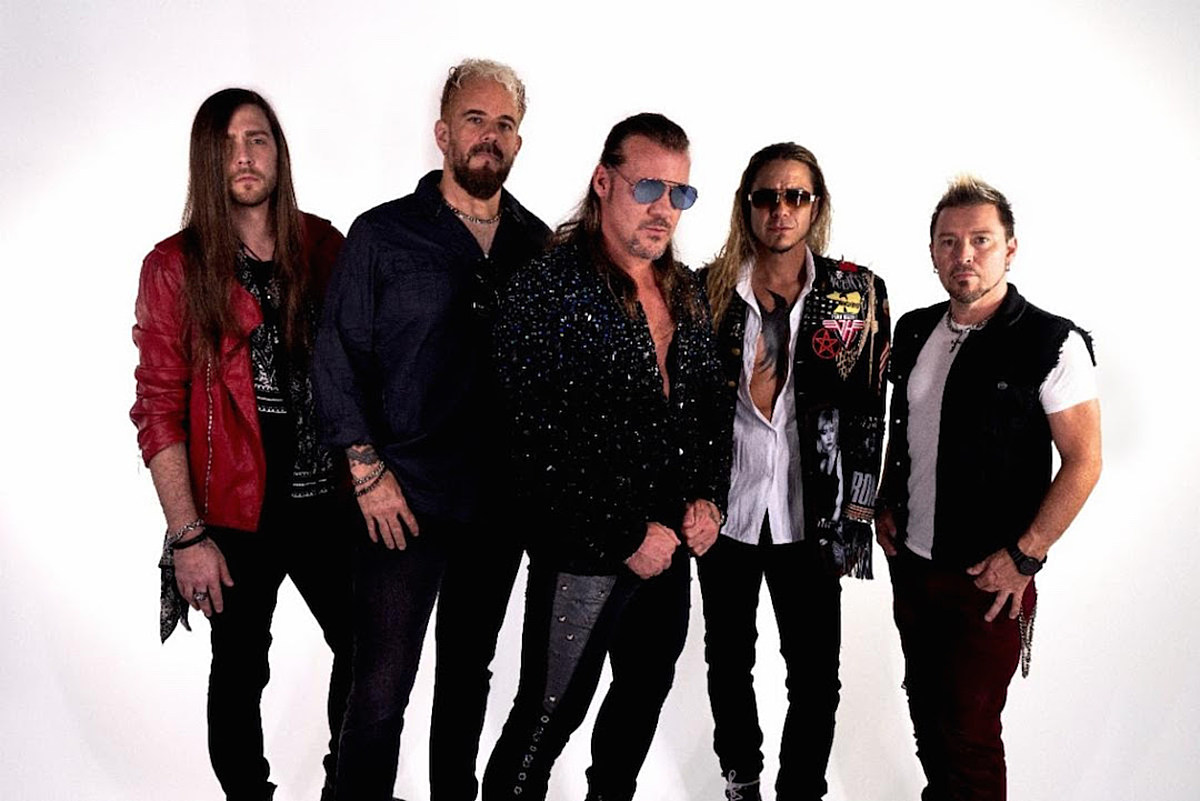 Fall of 2020 is loaded with livestream performances and you can add Fozzy to your list of upcoming shows to catch as they’ve just announced  a livestream gig set for Nov. 14. Airing ahead of the set is a 30-minute documentary, which will be making its world premiere.

The event, dubbed “Capturing Judas,” is a reprieve for Fozzy fans who hoped to catch the group, fronted by wrestling superstar Chris Jericho, on their “Save the World Tour.” The trek was originally postponed due to the coronavirus pandemic and rescheduled for the fall, but those dates again had to be pushed.

“After having to postpone our “Save The World Tour” multiple times due to the continuing lockdown, we decided we wanted to do something special for all of our fans worldwide who rocked with us over the past three years on the Judas tour cycle,” exclaimed Jericho.

Beaming with excitement, the singer continued, “So, on November 14, we will be coming at you LIVE without a net, to play some kick ass rock ‘n’ roll for you all! We’re also gonna tell you some fun road stories, have a few drinks and maybe even do some river dancing! So come join us and let’s all celebrate and commemorate the most successful album and tour of Fozzy’s career.”

The livestream will be broadcast at 6PM PT / 9PM ET and 2AM GMT on Nov. 14 and will be available to watch on demand for the following two weeks through Nov. 29. For tickets and more information, head here.

The pre-show will be comprised of the Capturing Judas documentary, which offers a behind-the-scenes look at Oct. 13, 2017 — the day Fozzy played three shows in three different time zones on the same day, traveling by private plane. 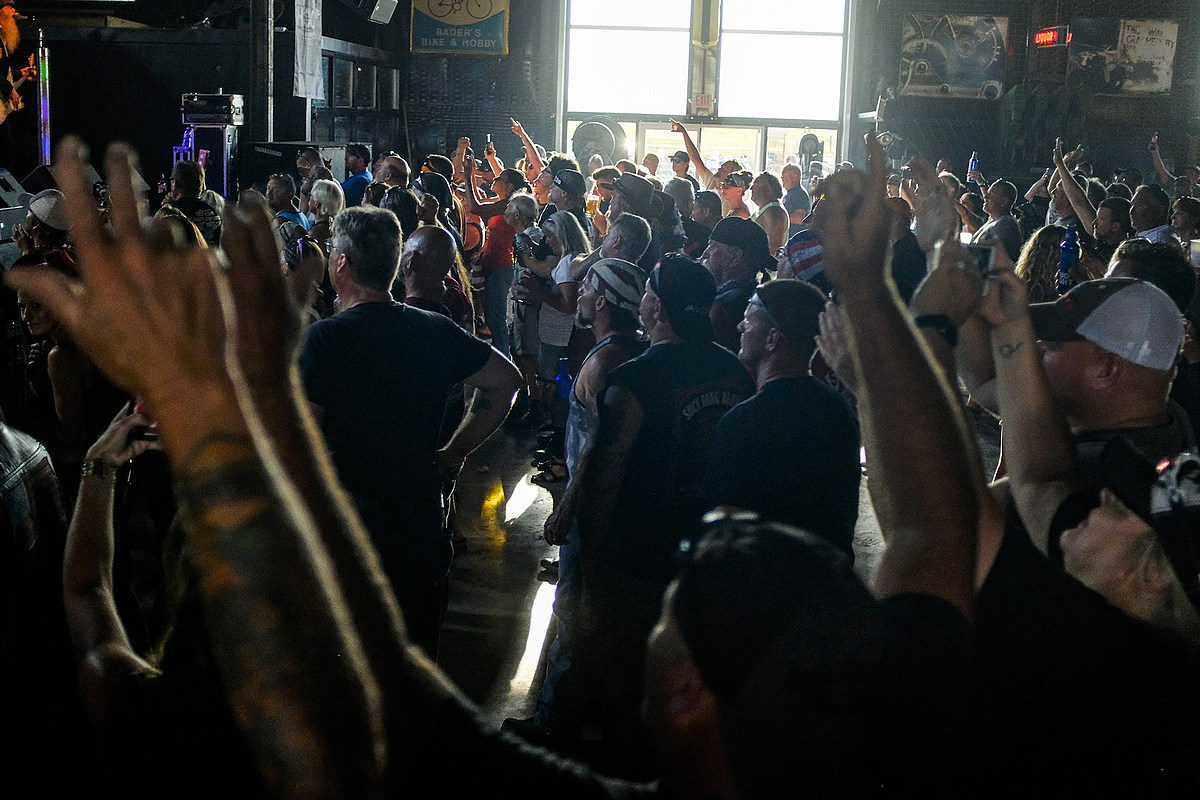 “Now we’re all here together tonight. And we’re being human once again. Fuck that Covid shit,” Smash Mouth singer Steve Harwell said onstage at the Sturgis Motorcycle Rally last month. Now, over 250,000 cases of COVID-19 have been connected to the rally and concert, where Trapt, Fozzy, Drowning Pool, Quiet Riot and others performed.

A new research paper from the IZA Institute of Labor Economics, a private and independent think tank in Germany, was published this month. The Contagion Externality of a Superspreading Event: The Sturgis Motorcycle Rally and COVID-19 studied the impact of the mass event, which brought nearly 500,000 motorcycle enthusiasts to Sturgis, South Dakota between Aug. 7 and 16.

“This study is the first to explore the impact of this event on social distancing and the spread of COVID-19,” the abstract reads. “First, using anonymized cell phone data from SafeGraph, Inc. we document that (i) smartphone pings from non-residents, and (ii) foot traffic at restaurants and bars, retail establishments, entertainment venues, hotels and campgrounds each rose substantially in the census block groups hosting Sturgis rally events. Stay-at-home behavior among local residents, as measured by median hours spent at home, fell. Second, using data from the Centers for Disease Control and Prevention (CDC) and a synthetic control approach, we show that by Sept. 2, a month following the onset of the Rally, COVID-19 cases increased by approximately six to seven cases per 1,000 population in its home county of Meade.”

“Finally, difference-in-differences (dose response) estimates show that following the Sturgis event, counties that contributed the highest inflows of rally attendees experienced a 7.0 to 12.5 percent increase in COVID-19 cases relative to counties that did not contribute inflows. Descriptive evidence suggests these effects may be muted in states with stricter mitigation policies (i.e., restrictions on bar/restaurant openings, mask-wearing mandates). We conclude that the Sturgis Motorcycle Rally generated public health costs of approximately $12.2 billion.”

Along with that hefty price tag, one of the study’s authors reports that they estimate 250,000 new COVID-19 cases are linked to Sturgis:

A study of the wave of Black Lives Matter protests was published in June, finding no substantial link between nationwide protests and spikes in COVID-19. “We find no evidence that urban protests reignited COVID-19 case or death growth after more than five weeks following the onset of protests,” the report states.

Friedson explains that COVID-19 didn’t spread due to the Black Lives Matter protests because the rallies and subsequent riots were small compared to the large urban populations where they occurred. The protests also caused an increase in avoidance behavior. It should also be noted that the great majority of protestors wore masks during the protests, whereas Sturgis attendees did not. President Trump’s highly publicized rally in Tulsa, Okla. was also not categorized as a superspreader event.