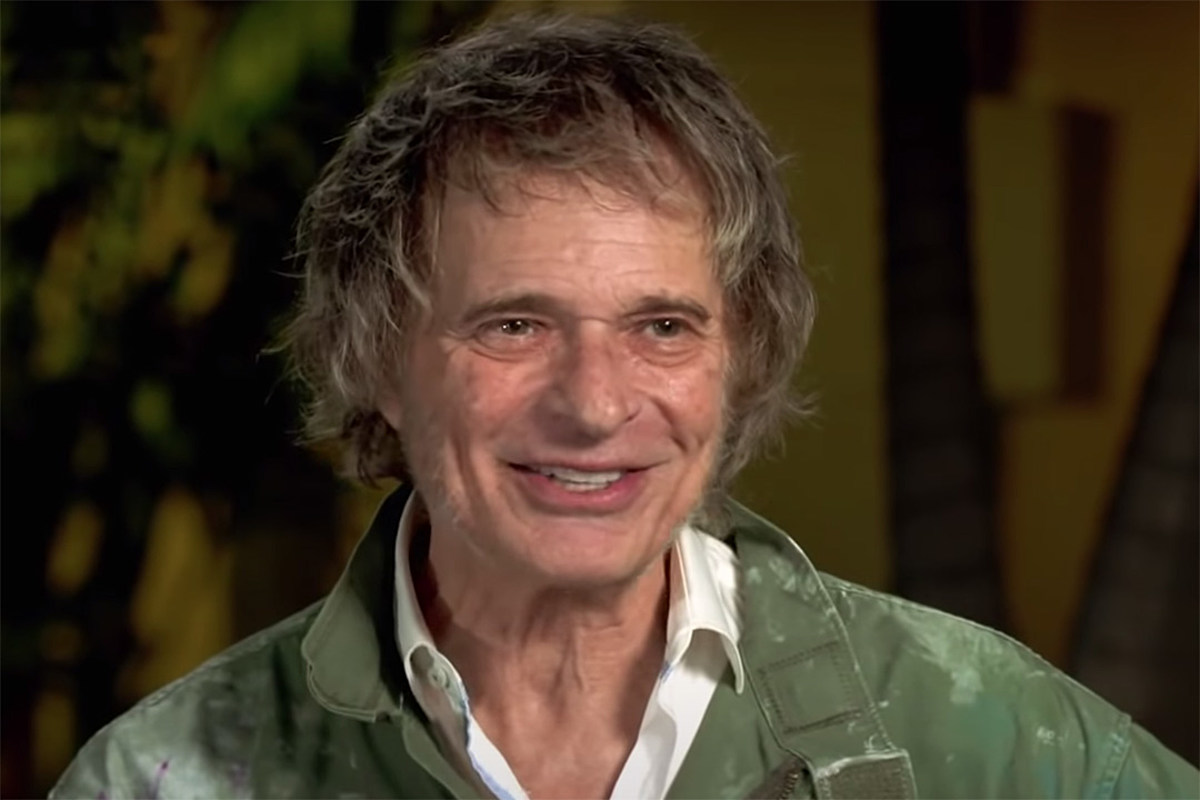 Van Halen singer David Lee Roth said he “wasn’t someone” until the first time he took part in an EMT call in New York City.

He worked with emergency crews in the Bronx in 2004 – one of many life experiences he said he was able to undertake as a result of his fame.

“I wasn’t someone until I put on that 5.11 uniform and went on my first call,” Roth recalled on CBS Sunday Morning. “I’m not gonna kid you – I knew I was in for the humbling experience. A white-boy rock star thinks, ‘What, this is an easy gig?’”

Roth also agreed with the old saying that laughter is the best medicine in that situation. “Humor is your only weapon, your only life-preserver that you can give to somebody who thinks they’re gonna die,” he noted. “Nobody calls 911 just to wish you happy Hanukkah.”

You can watch the interview below.

He also discussed his two-year educational visit to Japan, where he started to learn the art of sumi-e illustration. “Who has the most impact on history – government or the historian?” he asked by way of explaining why physical art was powerful. “My visual art is complaining. It’s graphic therapy. I say through my graphic art everything that a lot of folk say to the TV set when you don’t think anybody’s actually listening.”

When the conversation turned to his behavior seeming occasionally eccentric, Roth explained: “If you were a rock star, and you have the money to do – let’s just add that – to do whatever it is, and I’m beyond ‘Oh, I’ve always wanted a giant boat.’ If you could get past that, what would you use your rock stardom for? I’ve always used my celebrity as a passport for travel … let’s go get into it.”

In another clip from the program, Roth expressed his ambition to become the “king of Las Vegas,” but in the new interview he said he doesn’t plan to perform as regularly as he used to. “I’m on my, what, my 45th year?” he reflected. “It’s great to see me, but not every year. Like family!” 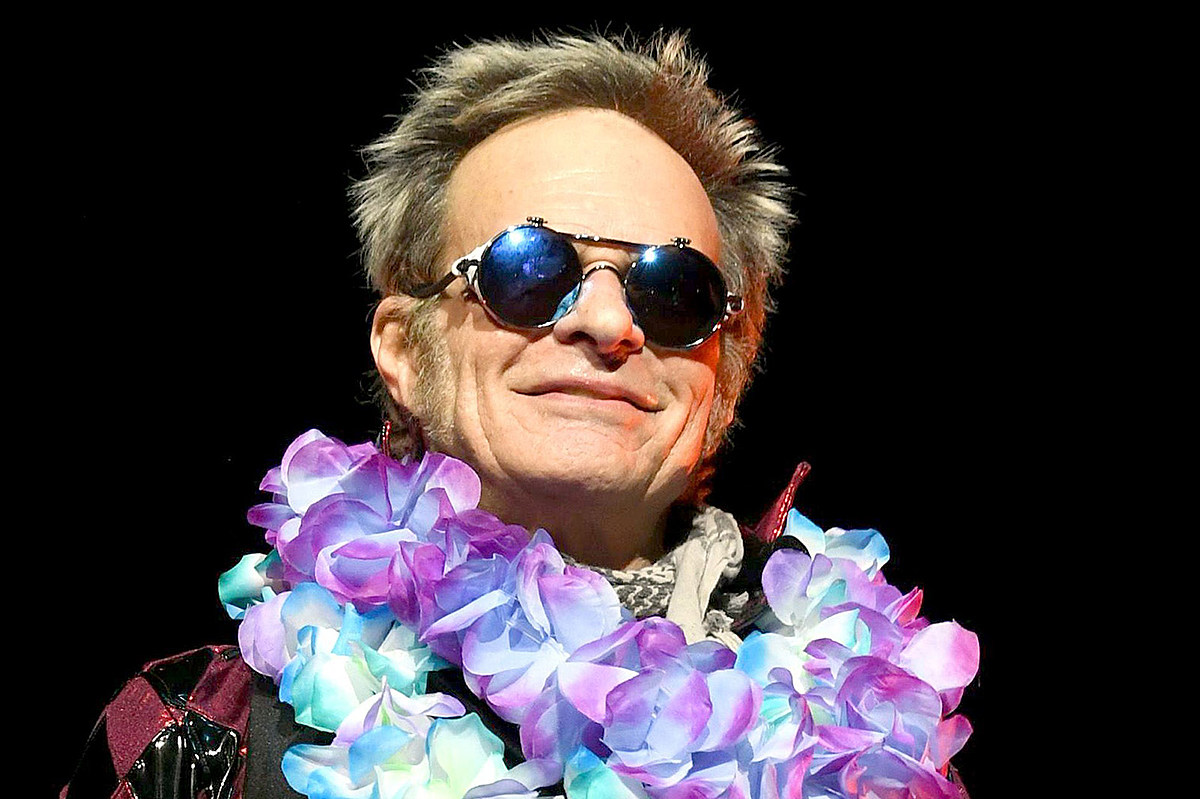 David Lee Roth has declared his ambition to become the “king of Las Vegas” now that Van Halen can never return.

He’d said the band was “finished” in September 2019, before it was publicly known that guitarist Eddie Van Halen was suffering from a cancer that would eventually take his life on Oct. 6 this year. He kicked off a brief Las Vegas residency this January.

Asked if he had plans in mind for the next five years of his life, Roth told CBS Sunday Morning in an interview taped prior to Van Halen’s death: “Showbiz. I’m gonna be the kind of Las Vegas.” He continued: “Las Vegas is truly international. Think of it as what the old record stores were. You have the dance section, you’ve got the Latino section, you’ve got the country section… and you have to have an appreciation for the neighborhoods.”

Earlier this year Roth said he’d been focusing on painting while coronavirus restrictions made it impossible for him to perform. He said of his artwork: “Social commentary is what I do. It’s what I’ve always done. My hand has always been in wardrobe, background sets, stage sets, album covers, video direction. This is part of it. And there’s craft involved, so there’s a little bit more heft to some of the statements.” 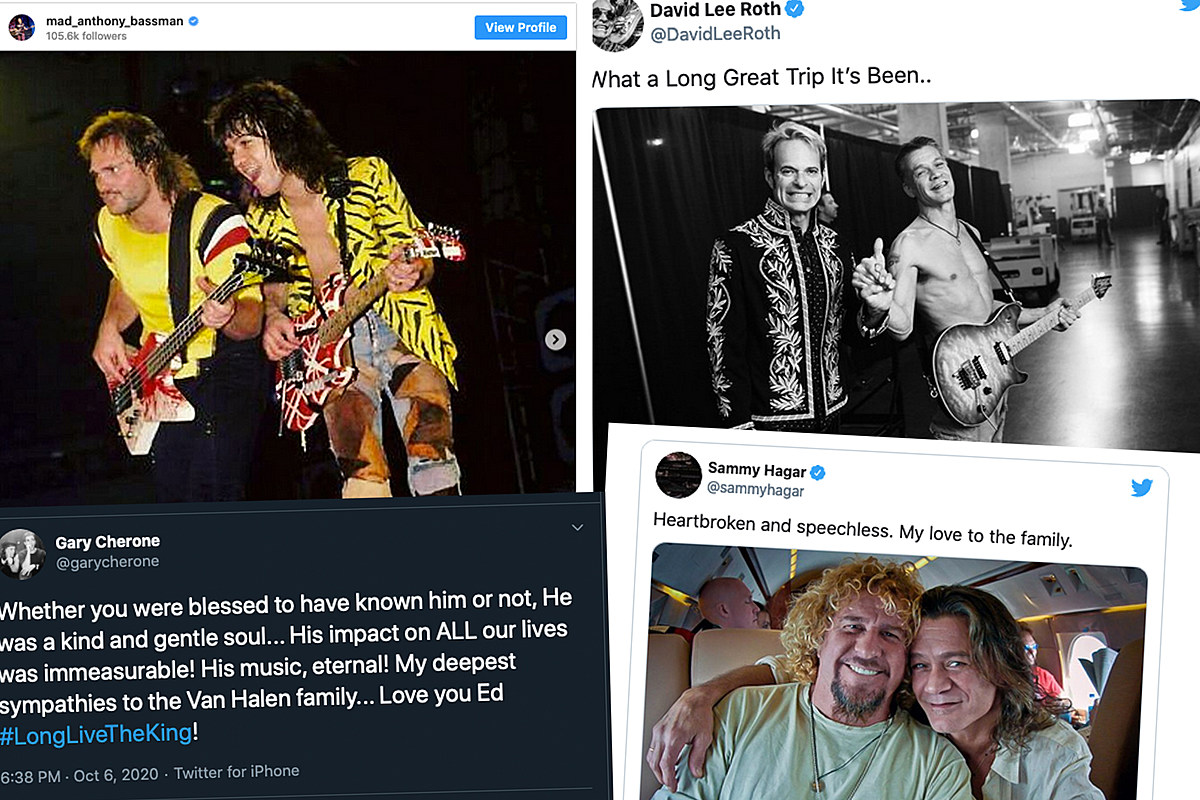 Michael Anthony, David Lee Roth, Sammy Hagar and Gary Cherone all took to social media to pay their respect to the guitar hero, who died today at age 65 after what his son Wolfgang described as a “long and arduous” battle with cancer.

You can see all their Twitter and Instagram tributes below. The band’s longtime drummer, Eddie’s brother Alex Van Halen, is not publicly active on social media.

Bassist Anthony, who joined Van Halen in 1974 and remained with the group until 2006, posted three photos of himself playing live alongside Eddie with the caption “No words. … Heartbroken. My love to the family” on his Instagram account. Hagar, who began a decade-long stint as the group’s second singer in 1985, shared similar sentiments on his Twitter account.

Van Halen’s original and current singer Roth, who paid a loving onstage tribute to Van Halen at what turned out to be the band’s second-to-last live show back in October 2015, shared a backstage photo and the words “What a long great trip it’s been.”

Singer Cherone, whose three-year stint with the band included the 1998 studio album Van Halen III, offered the most verbose tribute: “Whether you were blessed to have known him or not, he was a kind and gentle soul. … His impact on ALL our lives was immeasurable! His music, eternal! My deepest sympathies to the Van Halen family. … Love you, Ed.”

The most heartbreaking thoughts from a former bandmate came from Eddie’s son Wolfgang, who replaced Anthony as the band’s bassist before the band’s 2007 tour. “He was the best father I could ever ask for,” he wrote. “Every moment I’ve shared with him on and off stage was a gift. My heart is broken and I don’t think I’ll ever fully recover from this loss. I love you so much, Pop.”