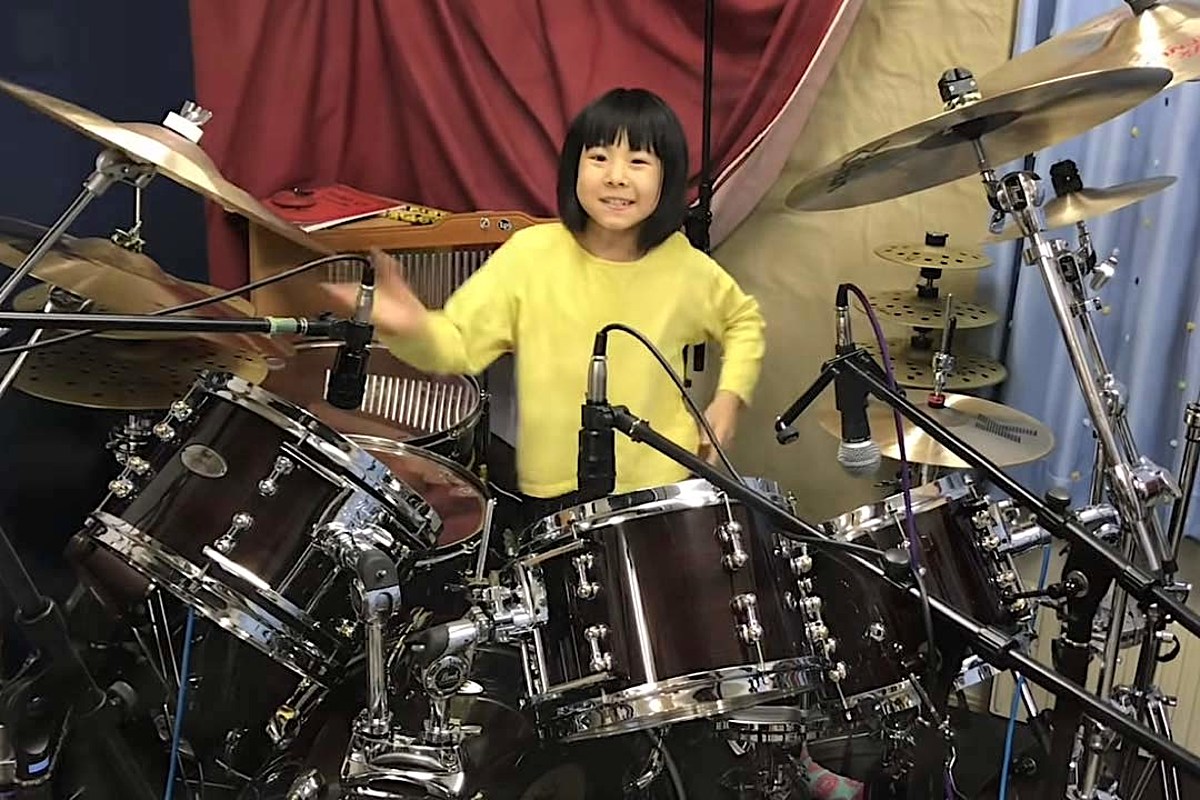 Japanese drumming wunderkind Yoyoka Soma is now 10 years old, but hitting double digits hasn’t slowed the musician down. If anything, the young drummer who’s impressed pro entertainers such as Dave Grohl and Ellen Degeneres is ramping up her efforts in conquering rock songs from all corners.

In particular, Yoyoka has a flair for sharing her thorough drum covers of Rage Against the Machine to YouTube. (She’s nailed at least four Rage songs in the last six months.) But the drummer has also recently mastered tunes by KISS, Aerosmith and more. Watch them down toward the bottom of this post.

Music fans have certainly taken notice — Yoyoka has become something of an Internet sensation thanks to her killer chops. This week, the musician revealed on her YouTube page that she received the video-sharing platform’s Silver Creator Award. That means she’s reached 100,000 subscribers on the site.

But Yoyoka has breadth beyond just the rock domain. She’s equally adept at banging out classic pop covers such as Cyndi Lauper‘s “Girls Just Want to Have Fun” or engaging in musical improvisations both solo and accompanied. Still, the drummer’s gained quite a reputation for her rock covers.

So it’s no wonder Yoyoka got a standing ovation after playing Foo Fighters‘ “The Pretender” on Ellen last year. But the prodigy is also getting praise from other big names. After reposting the talented kid’s drum cover of “Detroit Rock City” a few months ago, KISS’ Gene Simmons said, “Yoyoka: You ROCK!”

Yoyoka, “Killing in the Name” (Rage Against the Machine) Drum Cover

Yoyoka, “Know Your Enemy” (Rage Against the Machine) Drum Cover

Yoyoka, “Bulls on Parade” (Rage Against the Machine) Drum Cover