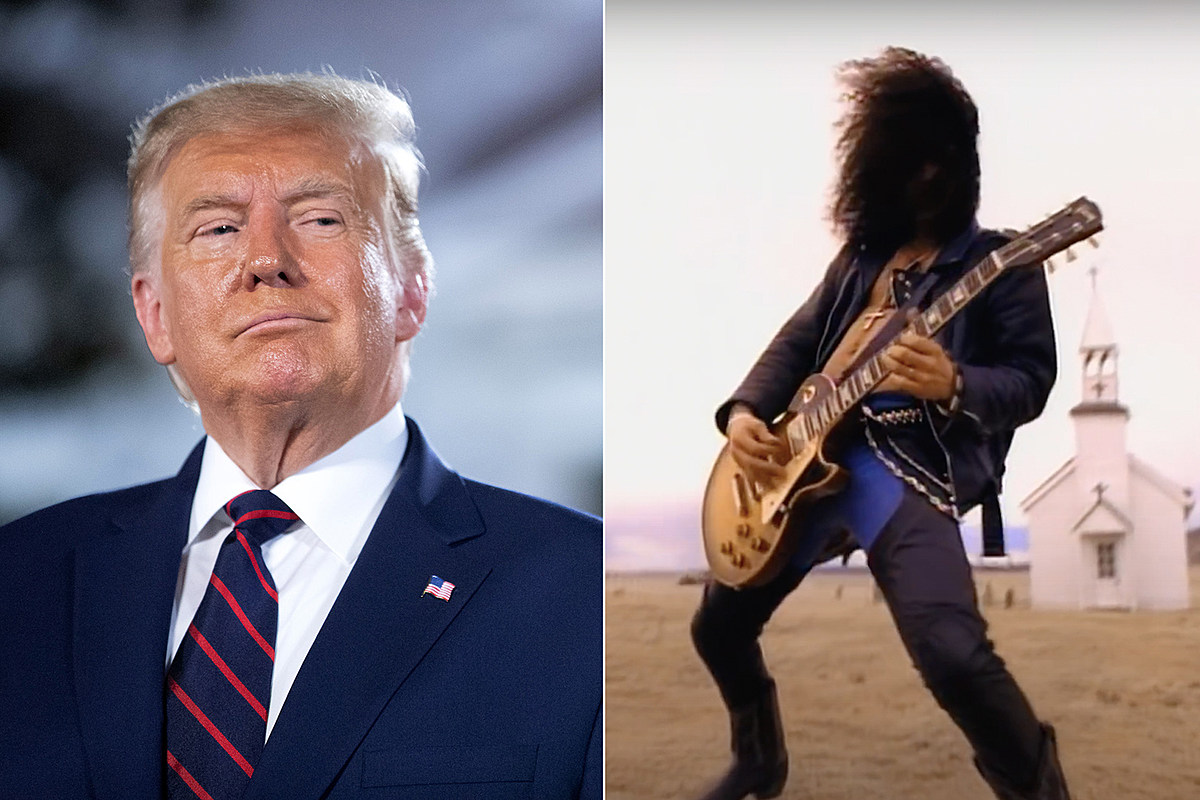 Apparently, President Trump is an enormous Guns N’ Roses fan. Not only does he play their cover of “Live and Let Die” at rallies and mask factories, but he’s also declared that the cinematic adaptation of “November Rain” is the greatest music video of all time.

The revelation came to light in former White House Press Secretary Sarah Huckabee Sanders’ new book Speaking for Myself: Faith, Freedom and the Fight of Our Lives Inside the Trump White House. Trump wanted “November Rain” added to his rally playlist so badly that he made Sanders and other members of the White House staff watch the music video in the Oval Office to make it clear.

“He told us it was ‘the greatest music video of all time,’ and made us watch it to prove his point, even though neither of us had disagreed,” Sanders wrote.

The President did eventually get his wish, as Newsweek reports that the Use Your Illusion I track was played at one of his rallies in Michigan last week.

Whether or not you agree with Trump’s statement about the GN’R video, numbers don’t lie — it has over 1.4 billion views on YouTube, and was actually the first music video of the 1990s to hit the billion-views milestone. A lot of work and thought was put into the final product, which VH1 notes cost over $1.5 million to make.

We’re patiently waiting to see what Axl Rose has to say.