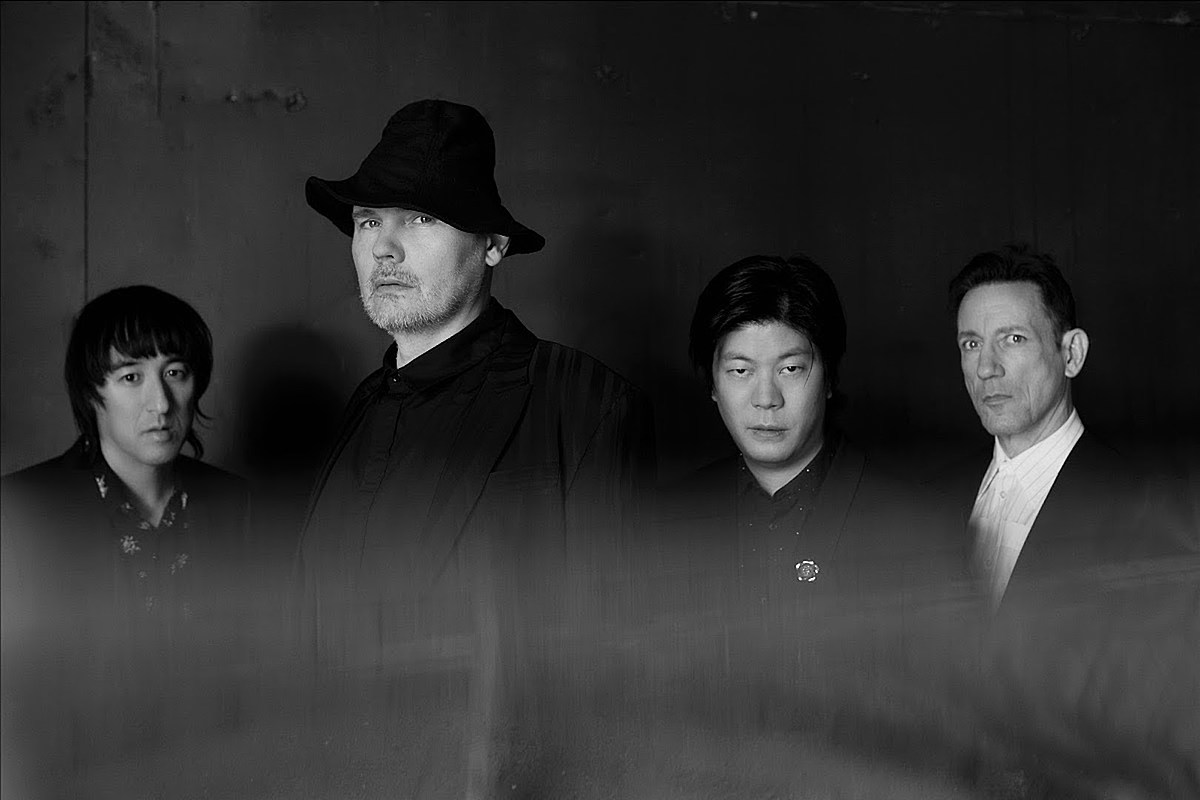 The Smashing Pumpkins resume their sonic ascension away from their alternative rock past with another pair of new songs from the Billy Corgan-fronted group, “Purple Blood” and “Dulcet in E.” Both join a slew of other recent Pumpkins singles released side-by-side on the upcoming double album Cyr.

Those previously issued pairs include dark cuts “Anno Satana” and “Birch Grove,” the crystalline “Confessions of a Dopamine Addict” and “Wrath,” plus “Cyr,” “The Colour of Love” and more. All of which takes the group into a kind of alt-pop musical territory closer to their 1998 gothic opus Adore as opposed to the guitar-laden hard rock renditions found on efforts such as Siamese Dream (1993) or Zietgeist (2007).

Listen to “Purple Blood” and “Dulcet in E” down toward the bottom of this post.

Indeed, there’s hardly a distorted guitar to be heard on the above-mentioned cuts, and the latest twosome is no exception. “Purple Blood” finds Corgan sweetly harmonizing over ethereal piano figures and a steady, programmed beat. “Dulcet in E” takes things down a similar road as a synth-drenched love song.

The Smashing Pumpkins started recording the set earlier this year in Nashville. In an interview with the Tennesseean in January, Corgan — who produced the album himself — gave early indications that the effort would aim for avenues of sound that had yet to be charted by the outfit.

At the time, the bandleader called it “the first real album [since the reunion] where we’ve hunkered down and made a classic, ‘Let’s throw it all at the wall and see what happens’ type of Pumpkins record.”

He continued, “This is the first album since the album that came out in 2000, Machina, where me, James [Iha, guitar] and Jimmy [Chamberlin, drums] worked on something for a very long time. It’s got a greater conceptual base.”

Cyr arrives on Nov. 27. It’s the Pumpkins’ first with Sumerian Records, whom the band signed with earlier this year. It’s also the act’s first double studio album since 1995’s Mellon Collie and the Infinite Sadness.