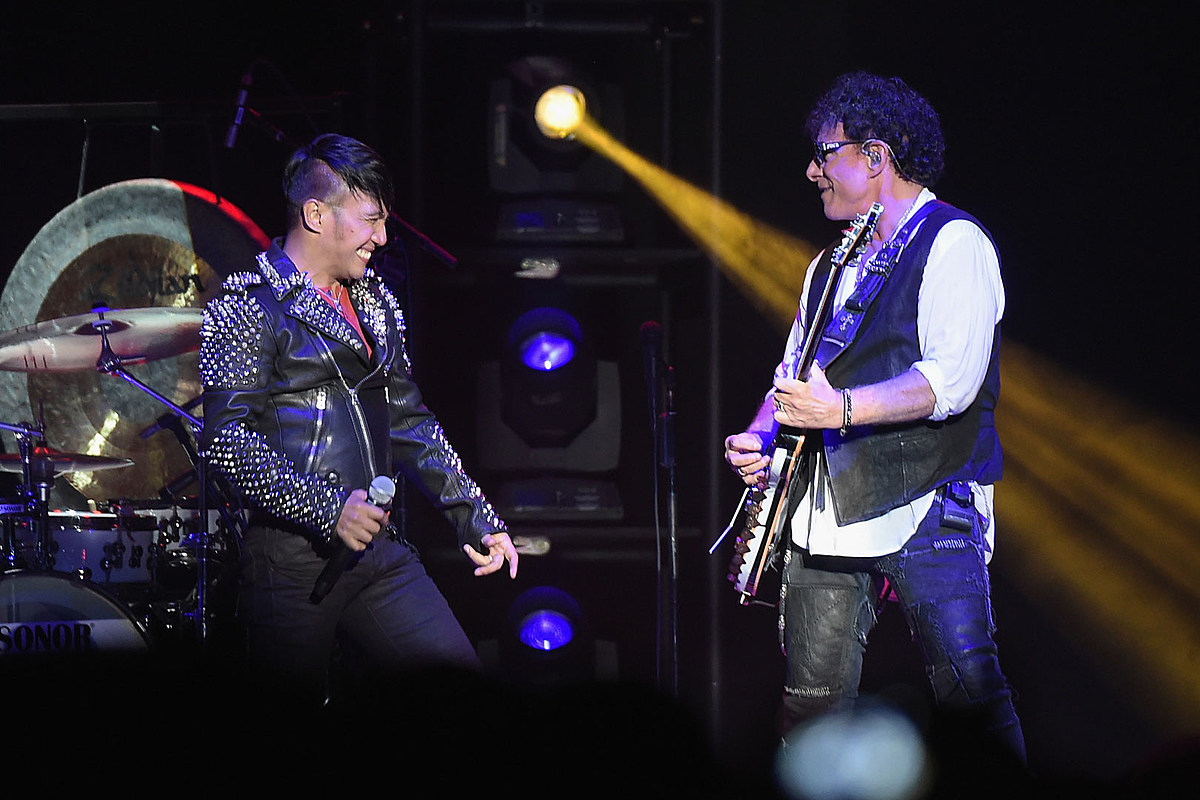 Back in March, Journey revealed that longtime bassist and drummer Ross Valory and Steve Smith were no longer part of the group, with guitarist Neal Schon and keyboardist Jonathan Cain filing legal action against the pair over a battle for the band’s trademark. Now Journey have moved quickly to fill the vacancies, showing off their new members in a socially-distanced video performance.

Bassist Randy Jackson will be familiar to Journey fans, having played with the group between 1985 and 1987 and appearing on their Raised on Radio album. He later went on to fame as an American Idol judge and a radio personality.

Joining the band behind the kit is producer Narada Michael Walden, who enjoyed major success in the ’80s working on album with Whitney Houston and Aretha Franklin. As a drummer in the ’70s, he played with Jeff Beck, Robert Fripp and Carlos Santana and the Grammy winner has also released 12 solo records.

Schon revealed the news in a pair of Instagram posts, showing himself alongside Jackson and Walden.

The bass and drum positions had been vacant since early March when news of the legal dispute was made public. Schon and Cain stated that Valory and Smith had attempted a “coup,” trying to gain control of the Journey name. They stated that pair held an improper shareholder meeting in February trying to oust Schon and Cain from their leadership positions in Nightmare Productions. After Schon and Cain’s legal action, Valory countersued the pair for breach of contract and emotional distress.