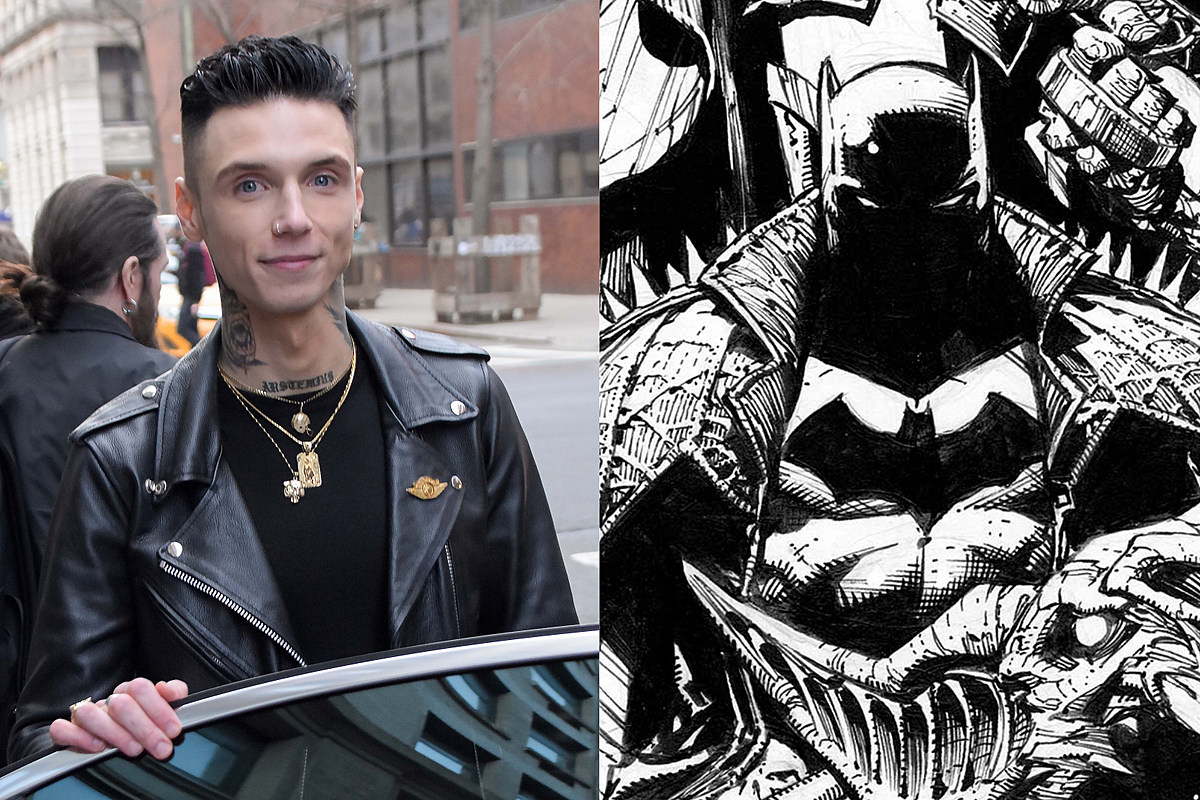 Biersack joins fellow voice actors Chelsea Wolfe (Wonder Woman) and Charles Fleischer (The Joker, The Batman Who Laughs) in the gritty representation of the crossover comic from writer Scott Snyder and artist Greg Capullo. In the clip, the Black Veil Brides singer gives the Dark Knight a booming baritone.

Watch the video down toward the bottom of this post.

The Dark Nights: Death Metal depiction arrived on YouTube last week (Sept. 12). Around the same time, Biersack relayed to his social media followers that his audio rendition of the DC Comics superhero had finally arrived.

“I’m thrilled to share with you guys that I have been given a dream come true opportunity to be the voice of Batman in [DC Comics’] ‘Dark Nights: Death Metal,'” the musician announced on Twitter. “Click the link to watch episode 1 & get more info on the comic series & soundtrack coming soon!”

Biersack isn’t the only music man getting in on the action. The outing sports direction and scoring from Marilyn Manson collaborator and film composer Tyler Bates. In addition, there are drums by Dave Lombardo (Slayer, Suicidal Tendencies) and “guitar FX” by Zakk Wylde (Ozzy Osbourne, Black Label Society).

As fans of Biersack are likely aware, the musician is a massive Batman fan. So the Dark Nights voice portrayal certainly does seem like a “dream come true” for the Black Veil Brides singer and solo artist.