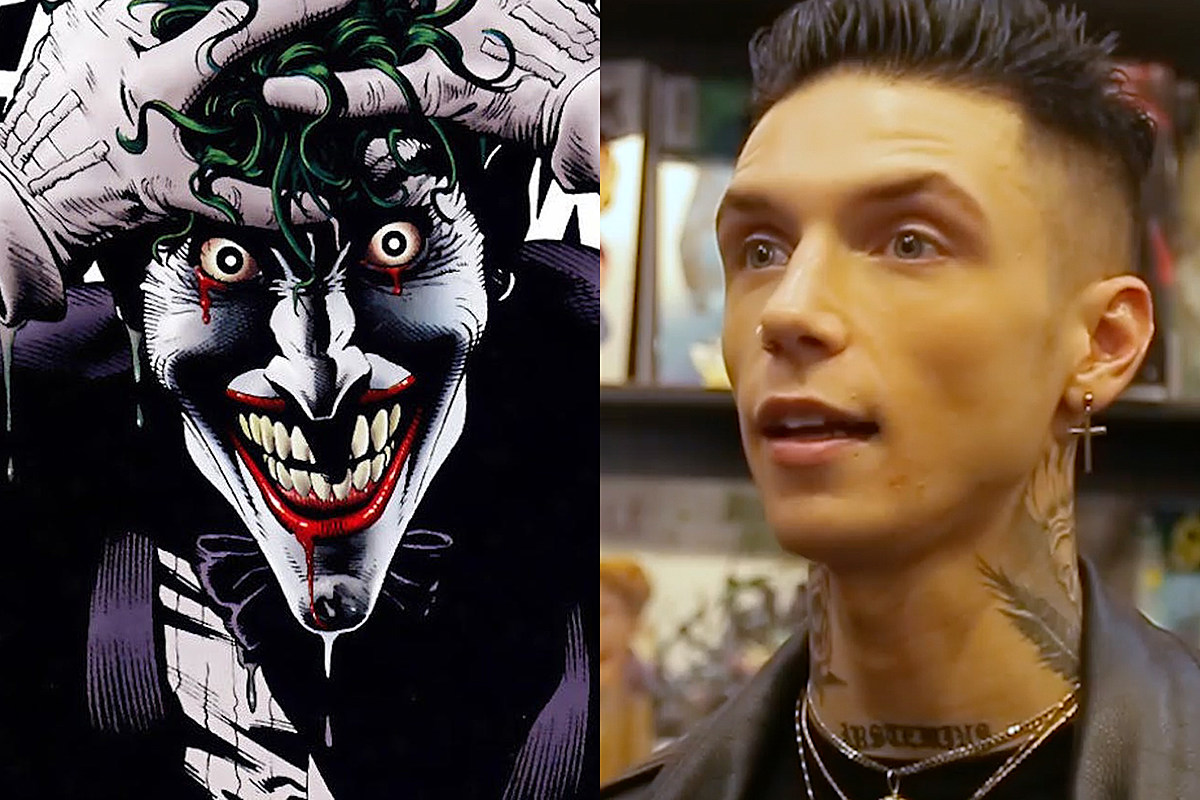 We recently met up with Black Veil Brides and Andy Black frontman Andy Biersack at the Forbidden Plant comic book shop in New York City. In this clip, Andy takes us through his obsession with Batman and names his five favorite villains from the iconic graphic novel.

Biersack was tempted to leave the Joker off his Top 5 list, but the legacy of Batman’s arch enemy made the act impossible. “It’s one of the greatest evil guys you cheer for in all of the American literary cannon,” he points out. “It’s very hard to have a villain that people love like that, that people want to wear the shirts and the hats and everything to represent the person who literally is a murderer in the book and in every representation … You don’t see people wearing Lex Luther T-shirts. You don’t see a lot of the other ‘big bads’ for the other DC characters that have that level of fandom.”

“For many people of my age group and generation, Mark Hamill’s voice and the way it was done in Batman: The Animated Series was such a way in on that character and people just fell in love with it. Obviously, The Killing Joke made a huge impact on the comic book community with the character. It’s fantastic.”

Biersack also picked out a lesser-known Batman villian — Man-Bat. “I thought he was the coolest villain when I was a kid,” he says. “There was a Batman: The Animated Series episode — I think it was called ‘On Leather Wings’ — and it impacted me so much that I called the first Black Veil tour the ‘On Leather Wings Tour.’

Watch Andy Biersack gush on all his favorite Batman villains in the video above.