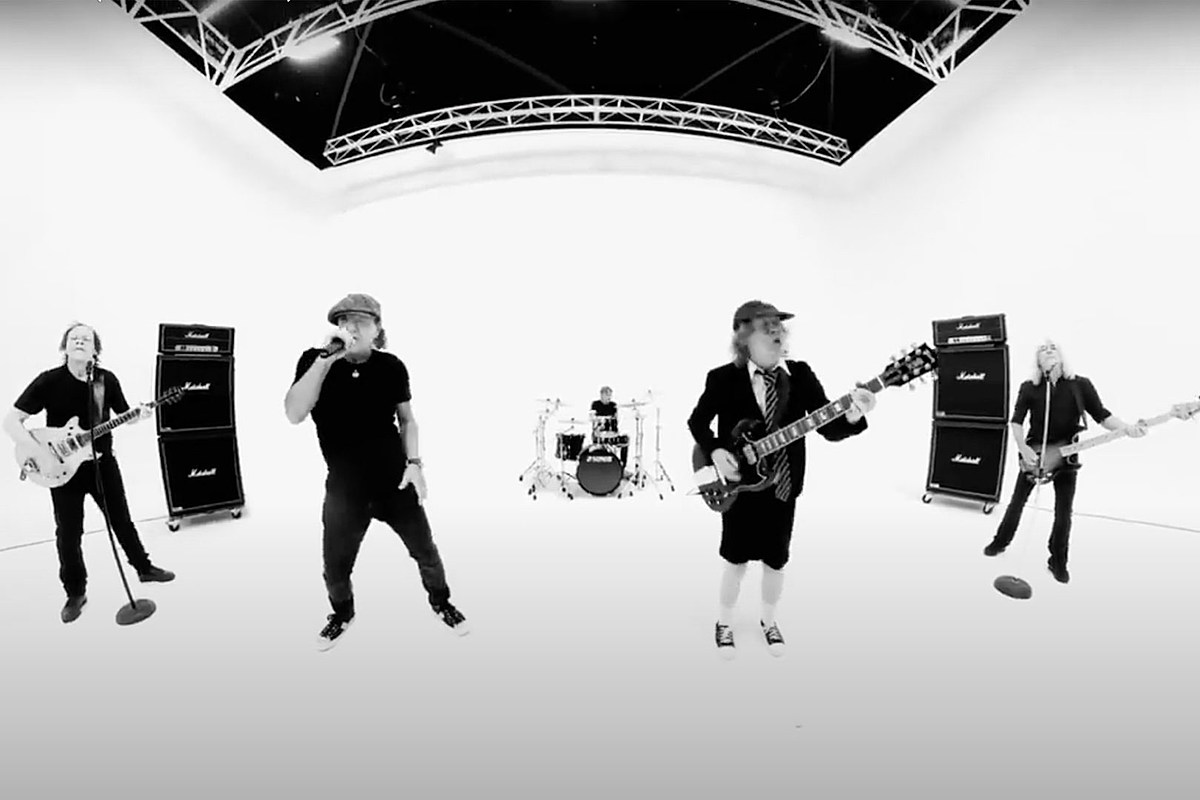 Fans were no doubt thrilled when Angus Young was able to reassemble the living members of AC/DC‘s long running lineup for a new album, but it even gets driven home further when you see them rocking out in person. It’s a simple but effective approach the band provides in the performance-based new video for their song “Realize.”

The clip is shot in black-and-white in a white-hued studio with assorted cameras attached to microphones and instruments. There’s a fish-eye look on certain shots and for the most part it looks like the band is playing in a white void, that is minus the wall of black Marshall amps that turns up at times in the clip.

As an AC/DC fan, it’s a welcome site seeing Brian Johnson delivering his distinctive vocals again and something that many wondered if it would ever happen again after the singer stepped away from the group due to hearing issues a few years back. But after working with a company on a new hearing device, the AC/DC belter is back delivering vocals as strong as ever.

Johnson isn’t the only returning member to the lineup with bassist Cliff Williams picking up his instrument after retiring at the end of the Rock or Bust touring. Drummer Phil Rudd has also reclaimed his spot behind the kit after legal issues kept him from touring during the Rock or Bust cycle. Guitarist Stevie Young was the lone holdover alongside Angus Young from the Rock or Bust run, handling guitar duties after taking over from late guitarist Malcolm Young.

“Realize” is the opening cut from the well-received AC/DC album Power Up that arrived late last fall. The record, the band’s first in six years, shot to No. 1 on the Billboard 200 Album chart. Both the singles “Shot in the Dark” and “Demon Fire” helped to bolster the early success of the record.