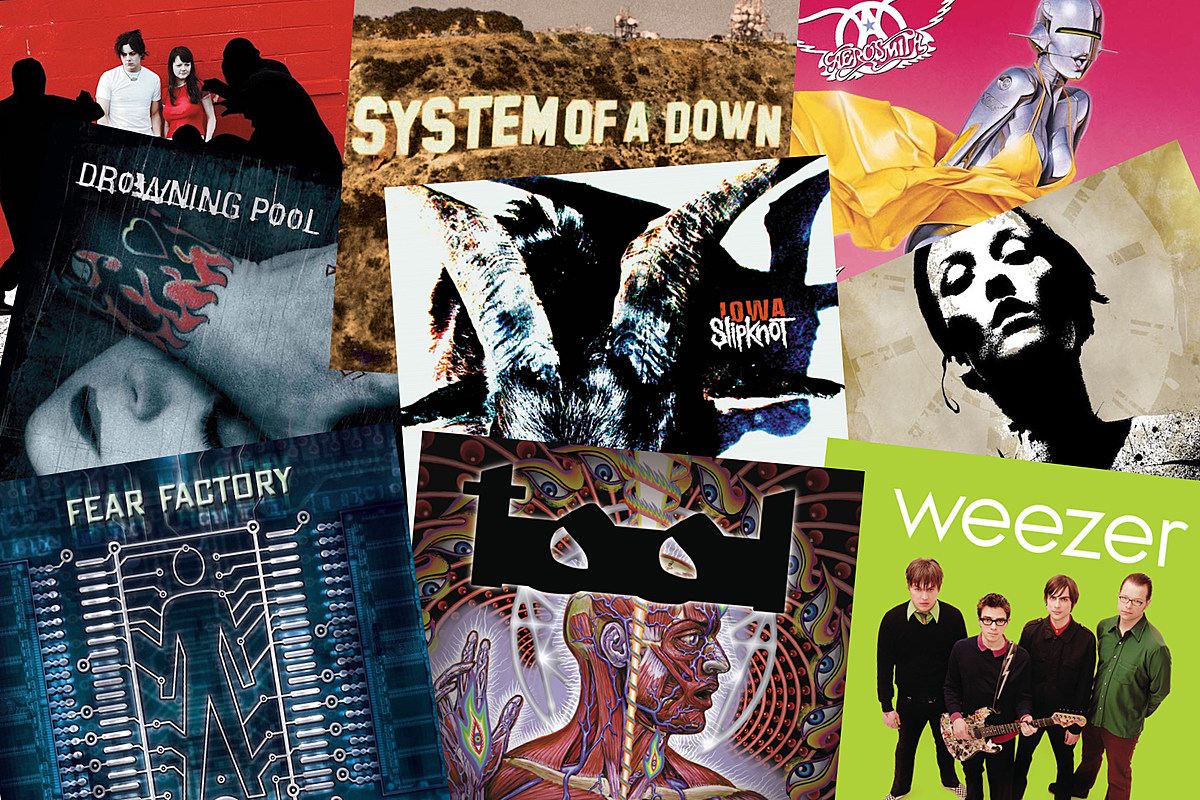 Wow, 2001 was a long time ago. It was also a heck of a year for rock and metal. Tons of killer albums came out in 2001; we’ve compiled 87 of ’em that rock and metal lovers of all stripes likely enjoyed — and still do! Indeed, it’s almost hard to believe these releases all turn 20 this year.

Back then, most had to purchase an album physically to enjoy it at home. Legally, at least. Sure, peer-to-peer file-sharing networks were on the rise. But the iTunes Store was still two years away!

All the same, plenty of efforts by big-name rockers emerged in 2001 — many of them on the same day. Think about the landmark release date of May 15, 2001: That’s when Megadeth‘s The World Needs a Hero, Tool‘s Lateralus and Weezer‘s “Green Album” dropped simultaneously.

It was also smack dab in the middle of nu-metal’s mainstream popularity. Drowning Pool‘s Sinner, Ill Niño‘s Revolution Revolución, Mudvayne‘s The Beginning of All Things to End, Mushroomhead‘s XX, P.O.D.‘s Satellite, Saliva‘s Every Six Seconds, Sevendust‘s Animosity and Staind‘s Break the Cycle all came out in 2001. Talk about a banner year for the infamous alt-metal subgenre.

So relive some rock and metal history with 87 albums celebrating two decades of existence this year. There’s something for everyone. Which of these records did you have on your shelves in 2001?