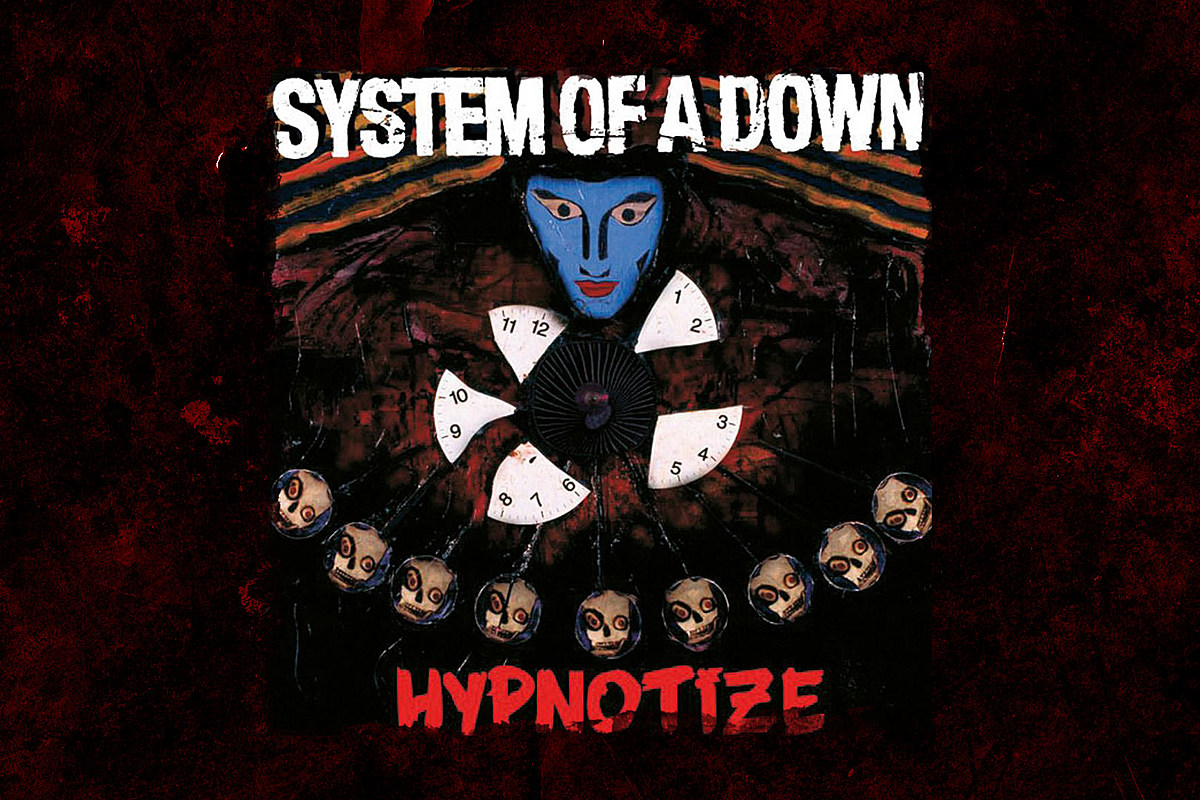 In 2001, System of a Down reached new heights with their Toxicity album, but rather than rush into a follow-up, the band opted to release an odds and ends collection called Steal This Album in 2002. By the time 2004 rolled around, the band had plenty to say and a lot of music set to come out of them.

“The whole world’s gone crazy over the past couple of years, so that’s brought out a lot of emotions and affected our songwriting,” stated guitarist Daron Malakian to Rolling Stone. “We just want to make a great rock record, a record that will be heavy, but heavy in emotion, not just riffs.” He elaborated to Launch that war back home factored into the process, adding, “The last two or three months or whenever that happened was probably the toughest time of my whole life. Because it was like not knowing what’s going on until we got a phone call. And we get a phone call and they’re OK and we can breathe a little bit. For one month I didn’t know if a bomb dropped on my grandmother’s house or, you know what I mean? I didn’t know. It could have. It brought out a lot of good material — not necessarily political music, just emotional music, you know?”

And while System had a certain style and sound that put them on top, the band was open to not so obvious influences such as Kraftwerk, the Beach Boys and the Zombies. “We mixed a lot of styles together without making them seem like they don’t belong together,” said the guitarist. “We’re going to give everybody the System of a Down roller coaster, but don’t expect it to sound like it has before.”

The band started writing and rehearsing in North Hollywood in January of 2004, then decamped to the famous Houdini Mansion in the Laurel Canyon hills of Hollywood where producer Rick Rubin had recorded Red Hot Chili Peppers‘ Blood Sugar Sex Magik and would later work with acts like Audioslave, Slipknot, Linkin Park and more.

As the process continued, the band realized they had more than enough material to go beyond the traditional album format and while initially expected to have a new album by the end of 2004, they pushed the timeline into 2005 with not one, but two discs. Singer Serj Tankian revealed to Billboard, “There has been a great deal of upheaval for all of us over the past year or so and that has brought fourth a lot of emotional material. There’s a good amount of social commentary in the new songs, as well as songs where we deal with love, with reminiscing, relationships, politics and funny experiences.”

Still, the idea of a double album was a little bit daunting for the band. Malakian stated, “You don’t have a bunch of kids dropping acid like they used to. You can’t just release double albums and expect people to sit there and devote their time to it. Our songs are tough to digest and I would feel really uncomfortable handing someone a CD with 25 songs staring them in the face.” Rubin agreed, telling Billboard, “Everything in today’s culture is short term and disposable. We’re living in a time when people don’t seem to even listen to one full album, so we felt the only way for it to get properly heard was to spoon feed it.”

As such, the band issued the Mezmerize portion of their double disc on May 17, 2005 with the Hypnotize portion arriving just over six months later on Nov. 22, 2005.

“Doing a two-album set never entered into our thought process,” Malakian admitted to Billboard. “But when we looked at all the songs we had and arbitrarily tried to choose ‘the best’ 14 for one album, we realized we had two album’s worth of really great songs, and that they all connected with each other.”

System of a Down, “Hypnotize”

Speaking about the new music, bassist Shavo Odadjian stated, “It’s going to be pretty revolutionary. We’re taking everything we’ve done and canning it. We’re starting fresh as a brand new band. So you’re going to hear this new music. It’s going to be System, but it’s going to be a new tip. We did what we did, and at first people were like, ‘They’re doing something no one’s done.’ Now we’re going to do something else that will get the same kind of reaction.”

Malakian added, “It’s melodic in some ways and it’s heavy, but a lot of stuff happens in between the heavy. It’s not gonna sound like any of our records. We’ve had a lot of time off, and I’ve had a lot of time to rethink our sound and make some changes. Our older riffs had more of a ‘chugga-chugga’ sound. This stuff is more notey and melodic in an Eastern type of way. So this time I’ve actually put those kinds of vibes within a lot of heavy stuff.”

Prior to the Hypnotize album release on Nov. 22, 2005, the band got the ball rolling with the album’s title track. The song featured both Tankian and Malakian sharing vocals and is notable for the references to the Tiananmen Square protests and the effects of propaganda. Interestingly, Malakian says he penned the song while sitting in his car waiting for his girlfriend, which also turned into a lyric in the track. Keeping in line with the band’s red hot momentum, the track climbed to No. 1 on the Modern Rock Tracks chart, while peaking at No. 5 on the Mainstream Rock Tracks chart. It also managed to crack the Billboard Hot 100, rising as high as No. 57.

System of a Down, “Lonely Day”

Though known for their rapid fire and hard hitting sounds, the band’s next single, “Lonely Day,” would be a more somber offering. Arriving in April 2006, the Daron Malakian-penned track was initially rumored to be about a family member, but that was later debunked. However, the song was quite personal to the guitarist, who provided lead vocals on “Lonely Day.” The track would reach No. 10 on both the Modern Rock and Mainstream Rock charts and earned the band a Grammy nomination for Best Hard Rock Performance at the 49th Annual Grammy Awards.

The album would produce two more songs well known within the System of a Down catalog — “Vicinity of Obscenity” and “Kill Rock ‘n’ Roll” — though neither charted at radio. Tankian had a bigger hand in “Vicinity of Obscenity,” revealing that the song was inspired by Dadaism in an online chat well after the album’s release. “Kill Rock ‘n’ Roll” may not have had the inspiration that many would suspect from the title. Malakian penned the track after reportedly running over a rabbit in his car one night. The track would go on to be a favorite in the band’s sets during touring of the album.

Like its counterpart, Hypnotize would debut at No. 1 on the Billboard 200 Album Chart. It was certified gold within a month of release and went on to become a platinum seller. But after the massive project and knocking out five releases in a seven-year span, the band decided a break was in order.

They took a hiatus from August of 2006 through November of 2010, allowing for Serj Tankian solo albums, Daron Malakian to form and release material under the Scars on Broadway moniker with drummer John Dolmayan, and Shavo Odajian to found Achozen and take part in multiple projects. Though the band toured sparingly over the last decade, new music did not surface again until 2020 when the band released a pair of songs to bring attention to the war in Artsakh.