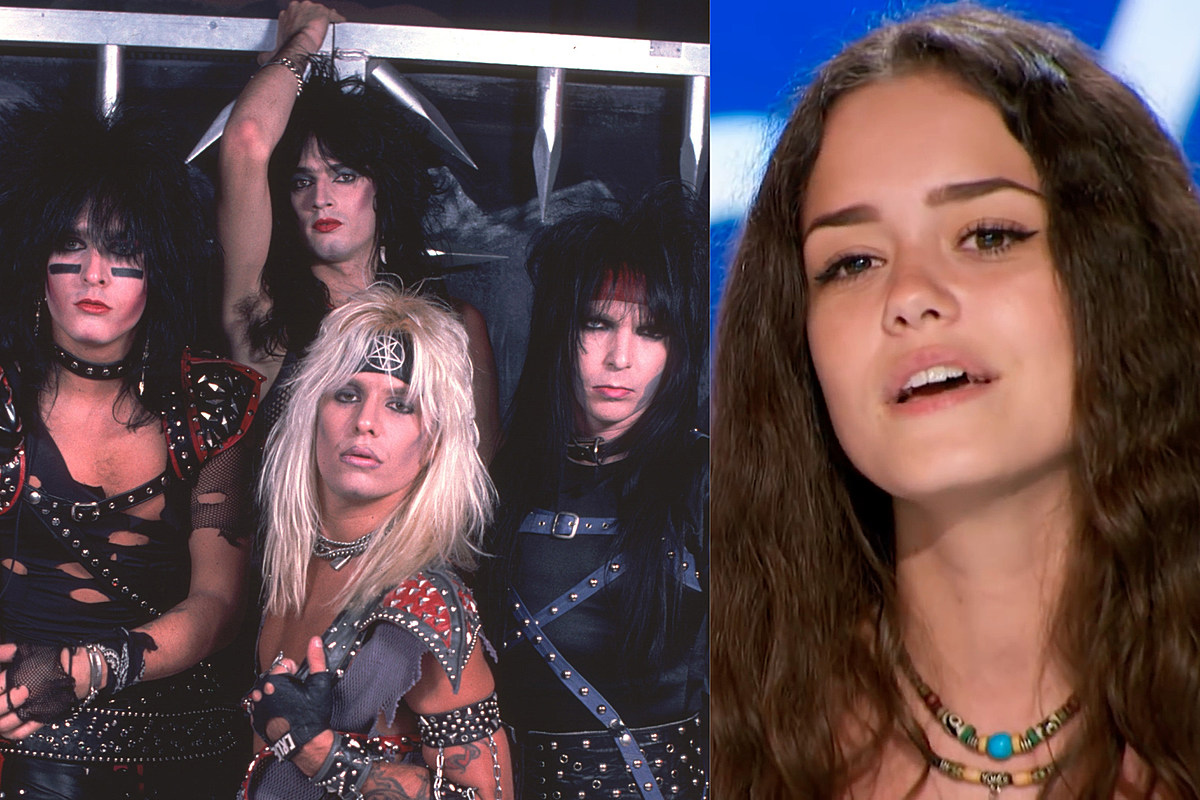 It happened amid the second week of auditions during Sunday’s (Feb. 21) American Idol broadcast for Season 19, the fourth season of the singing competition show on ABC instead of Fox. Bishop, an avowed rock ‘n’ roll fan, started her audition with a bluesy vocal take on the early Motley Crue single, one of the band’s first from their 1981 debut, Too Fast for Love.

Watch the video down toward the bottom of this post.

Bishop has turned 16 since the taping; she’s currently a sophomore at Center for the Arts at Cypress Lake High School in Fort Meyers, Fla., as The News-Press reported. Talking to the Idol judges, she said she listens to “Nirvana, Red Hot Chili Peppers, Sublime, and then I love blues like Ella Fitzgerald. I love rock, though.”

The blues aspect helped clinch her standing among the judges. Following the retooled Motley Crue number, the singer proved her versatility by belting a Sarah Vaughan-inspired version of “My Funny Valentine.”

At the start of her audition, Bishop remarked that she had “no experience performing. … The only places I sing are literally my bathroom. I put my song on, pick up my brush and then I just go for it, like in the mirror. I just literally pretend that I’m onstage.”

Still, Bishop’s two-pronged performance won over the American Idol judges — all three gave a “yes” for her to proceed. Bryan even remarked that the young singer’s audition reminded him of an impressive 2019 showing from Season 17’s ultimate runner-up, Alejandro Aranda.

“I didn’t think anybody would get close to Alejandro’s audition,” the country singer gushed. “As far as me being just, like, dipped in Disney and sparkles and flowers and doves, and that’s what your audition was for me. I wrote ‘Top 10, def.’ [when you sang] the Motley Crue song.”

Added Perry, “You’re really, really, really good. And I love that nobody knows that you can sing besides you and couple of your friends and your hairbrush, probably. I mean, a lot of hair, a lot of brushing, a lot of microphone time.”