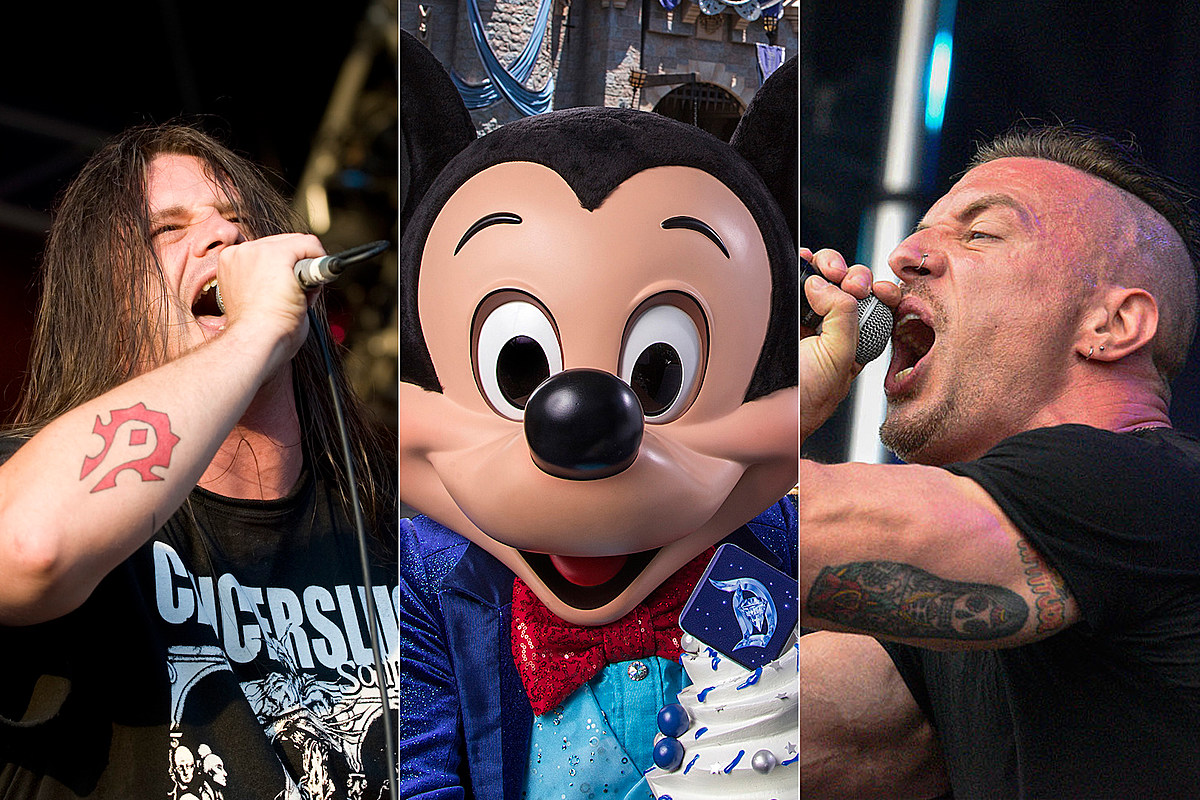 The Disney corporation and heavy music don’t have much crossover appeal, except for those irresistible Radio Disney interpretations of metal classics from bands like Cannibal Corpse and Necrophagist (two bands whose names both concern the consumption of the dead). Not very family-friendly.

These two opposing worlds do overlap occasionally as rock and metal tours often stop at the House of Blues in Lake Buena Vista, Florida and Anaheim, California, both which were once on Disney property. Throughout the years, several bands have been prevented from performing at “The Happiest Place on Earth” as Disney has deemed the image, lyrical content and even “undesirable fans” of certain groups grounds for banning them in hopes of preserving the company’s squeaky clean image. Well, mostly — they’ve had their own mishaps like the overtly racist Song of the South which will never see a rerelease and some sexual references in others like The Lion King and The Little Mermaid.

Some bands, like Machine Head, were given explanations as to why they would not be allowed to perform while others were left to ponder under what reasons they were deemed unfit for Disney. As for Cannibal Corpse, however, it should be self-evident.

Take a look at the rock and metal bands Disney has brought the ban-hammer down on in the gallery below.