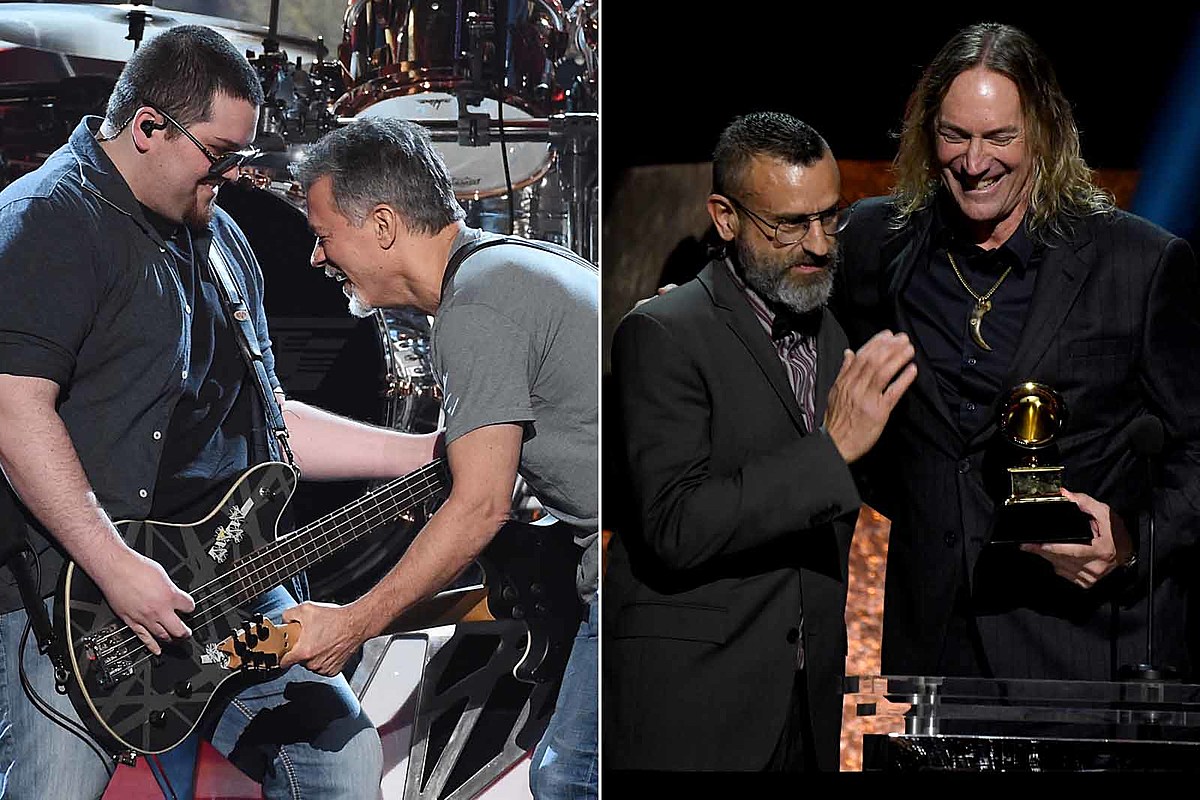 Wolfgang Van Halen has given us more details about one of our favorite stories from last year: When someone asked his father Eddie to take his picture at a Tool concert, without recognizing the guitar hero.

As Wolfgang said on Eddie Trunk’s radio show, he and Eddie were waiting to go backstage after the show when the man approached the Van Halen guitarist. “He handed him his phone and was like, ‘Here, I’m gonna go over here, and can you get the picture with the stage?'”Wolfgang began.

The bassist immediately leapt into action and took his own photo of the scene unfolding in front of him. He posted the photo to Twitter where it quickly went viral, but he added that the reaction to it wasn’t what he intended.

“I think a lot of people misunderstood my tweet to a certain extent,” Wolfgang continued. “It wasn’t like, ‘How dare you not recognize Eddie Van Halen?’ because Dad just looked like a dad. People’s imagination of Eddie Van Halen is, like, long flowing hair and the Frankenstein [guitar].”

In fact, before his father’s death, Wolfgang spent numerous trips out and about with him, entirely unnoticed by fans. “Like for my birthday one time we went to Six Flags and nobody recognized us there,” he said. “Just a fun day at the roller coasters.”

Comical as the situation was, the real highlight of the evening for Wolfgang had been getting to enjoy music he loved with the father who raised him on rock and roll.

“It was really fun to bring Dad to that so he could really see the music I really, really like,” he said. “It resonated with him too, in a way. … The first thing he said was like, ‘Fuck, that bass player, man. That was the shit.’ And it’s like, yeah, Justin Chancellor is my favorite bass player of all time!”

Turning each other on to new music was a rare occurrence for the father-son duo, but there was always one musician Eddie couldn’t help but cheer on.

“He was really picky with new music,” said Wolfgang. “The only new music he was really stoked about — I’m probably going to sound like an asshole for saying this — was my music. He would just listen to it and cry, out of being so proud and happy with it.”