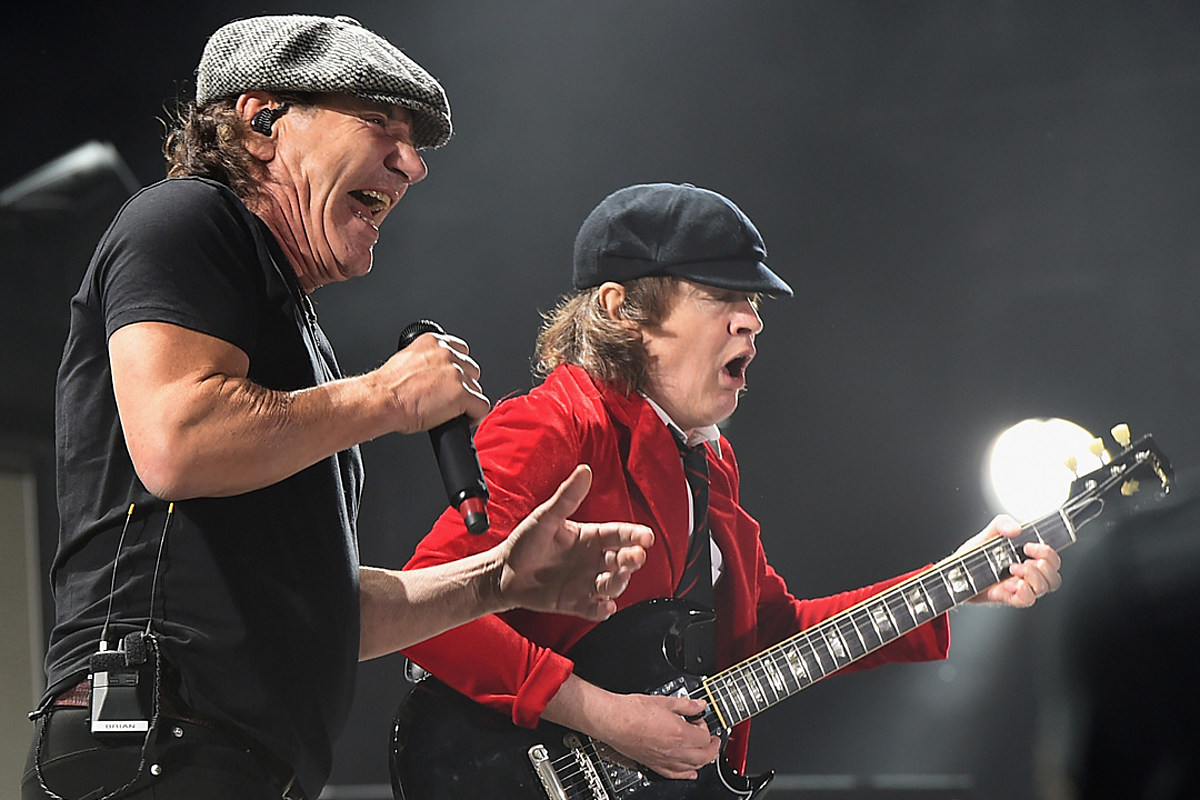 Photographs that appear to show a reunited AC/DC filming a new music video were reportedly posted, then removed from the band’s official website earlier this week.

The images are noteworthy because they feature three members who departed AC/DC at various stages of the chaotic tour in support of the group’s most recent album, 2014’s Rock or Bust.

The group is widely rumored to have completed a new studio album using tracks recorded by founding rhythm guitarist Malcolm Young prior to his 2017 death. Young was forced to leave AC/DC prior to the recording of Rock or Bust due to a battle with dementia and other health issues.

Drummer Phil Rudd played on Rock or Bust, but was unable to go on tour after he was arrested in November 2014, and sentenced to eight months of home detention for threatening to kill and possession of methamphetamine and marijuana.

Singer Brian Johnson was forced to leave the tour in March 2016 after doctors told him he risked permanently losing his hearing. Guns N’ Roses singer Axl Rose replaced Johnson for the final 23 shows of the tour. Shortly before the trek’s conclusion, bassist Cliff Williams announced that he would be retiring from the group.

The new photos show longtime lead guitarist Angus Young, his nephew Stevie (who replaced Malcolm as the group’s rhythm guitarist in 2014), Johnson, Rudd and Williams all together in front of a large red version of the band’s logo. Rudd did not appear in any of the promotional videos for Rock or Bust, so seeing him and Stevie Young together indicates that the photos are indeed new.

AC/DC has not confirmed or commented on any reports regarding new recording, release or touring plans.