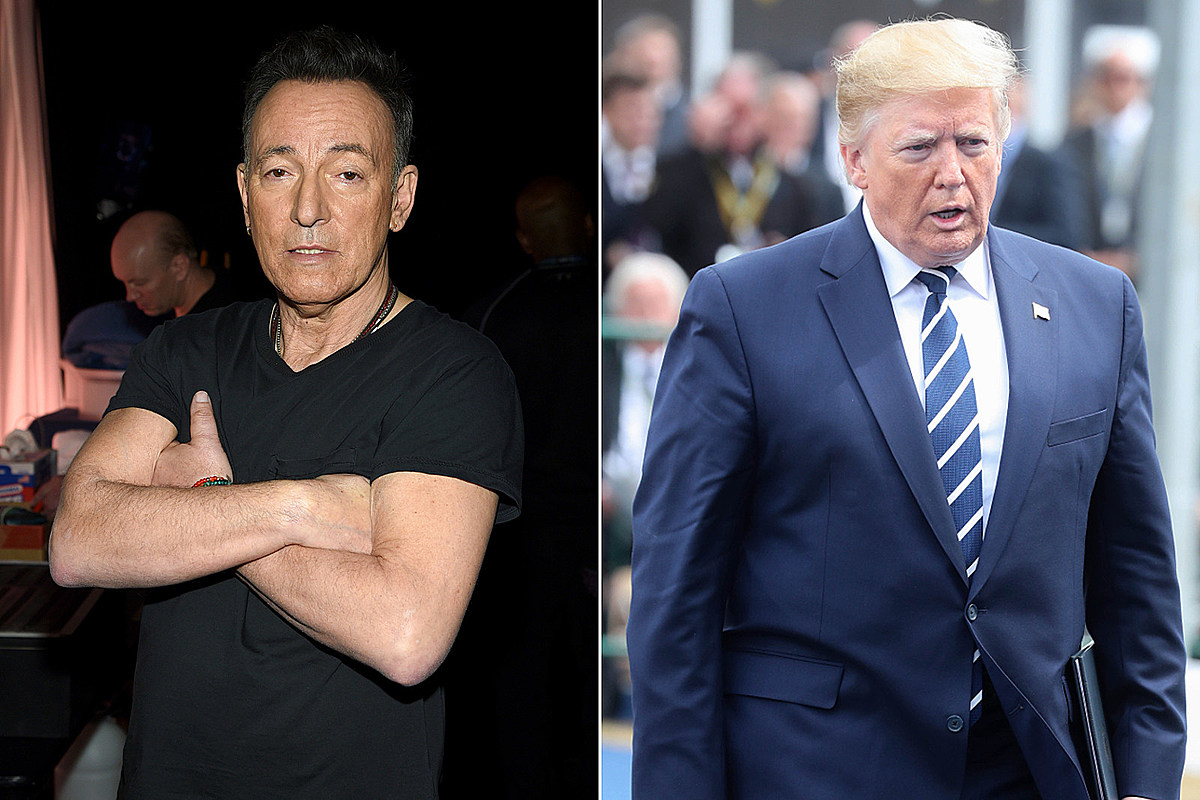 Bruce Springsteen predicted President Trump won’t win the 2020 election — but the rocker is willing to leave the country if he’s proven wrong.

“If Trump is reelected — which he will not be; I’m predicting right now he’s gonna lose — if by some happenstance he should be, I’ll see you on the next plane [to Australia],” Springsteen told Daily Telegraph (per The Hill).

Springsteen — who will release his new album with the E Street Band, Letter to You, on Oct. 23 — has famously criticized Trump throughout the president’s first term. He previously called the Republican “deeply damaged” and also argued he “doesn’t have a grasp of the deep meaning of what it means to be an American.”

He addressed Trump’s response to the COVID-19 pandemic in a June broadcast on the E Street Radio SiriusXM station: “With all respect, sir, show some consideration and care for your countrymen and your country. Put on a fucking mask.”

Motley Crue‘s Tommy Lee has likewise claimed that he’s ready to flee the U.S. if Trump is reelected. “Dude, I swear to god if that happens then I’m coming over to visit the U.K. I’m out of here,” Lee told the British newspaper The Big Issue “I’ll go back to my motherland, go back to Greece and get a house on one of the islands.”

This week, both Phil Collins and John Fogerty joined a growing list of rock stars who issued cease-and-desist orders to the Trump campaign for using songs without permission.

“I object to the President using my song ‘Fortune Son’ in any way for his campaign,” Fogerty wrote. “He is using my words and my voice to portray a message that I do not endorse. Therefore, I am issuing a ‘cease and desist’ order. I wrote this song because, as a veteran, I was disgusted that some people were allowed to be excluded from serving our country because they had access to political and financial privilege. I also wrote about wealthy people not paying their fair share of taxes. Mr. Trump is a prime example of both of these issues.”

Collins’ camp responded after the president played “In the Air Tonight” during an Iowa rally on Wednesday. “Yes we are well aware of the Trump campaign’s use of this song,” a representative told Consequence of Sound, “and we have already issued a ‘cease and desist’ letter via our lawyers who continue to monitor the situation.”